US envoys in Gulf to help mediate Qatar row 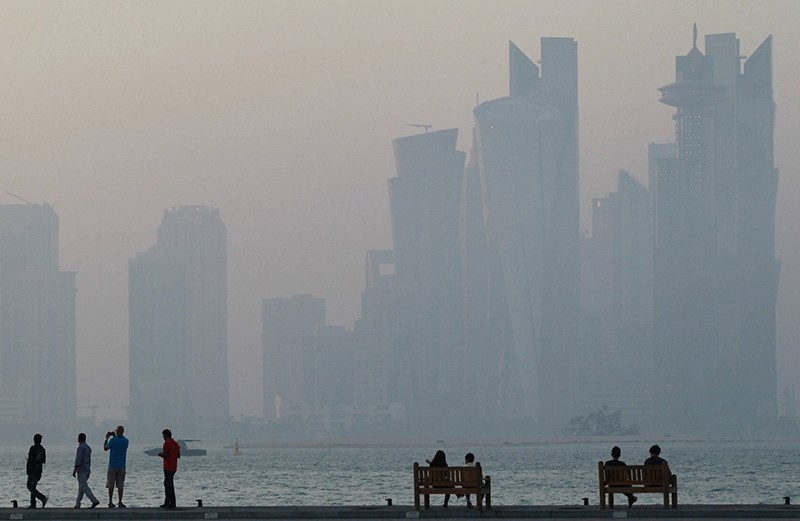 Two U.S. envoys have arrived in Kuwait Monday at the start of a tour of Mideast states aimed at resolving a diplomatic rift between Qatar and four Arab countries.

Timothy Lenderking, the U.S. deputy assistant secretary of state for Gulf affairs, and retired U.S. Marine Corps General Anthony Zinni "are in the Gulf region this week to engage with the parties involved and support the Government of Kuwait's mediation efforts," a State Department official said on condition of anonymity.

Zinni's presence would help "maintain a constant pressure on the ground, because I think that's what it's going to take," Tillerson told reporters last week. "There's only so much you can do with telephone persuasion. But we are committed to see this disagreement resolved, restore Gulf unity, because we think it's important to the long-term effort to defeat terrorism in the region."

Zinni, who has not been given any formal role as a U.S. envoy to the countries involved in the dispute, served as commander of U.S. Central Command, which oversees U.S. military operations in the Middle East. Following his military career he served as the U.S. special envoy to Israel and the Palestinian Authority during the George W. Bush administration. From 2009 to 2012, Zinni was chairman of BAE Systems, Inc., the world's third-largest defense contractor, which has substantial operations in Saudi Arabia. He is now chairman of The Spectrum Group, which lobbies the U.S. government on behalf of the defense and other industries.

The State Department said the envoys will also meet with leaders in all five countries over the coming days.

Qatari Foreign Minister Mohammed bin Abdulrahman bin Jassim al-Thani said on July 31 that the crisis should be solved through diplomacy without touching Qatar's sovereignty and made it clear that Qatar will not accept any demands that are not in line with international law.