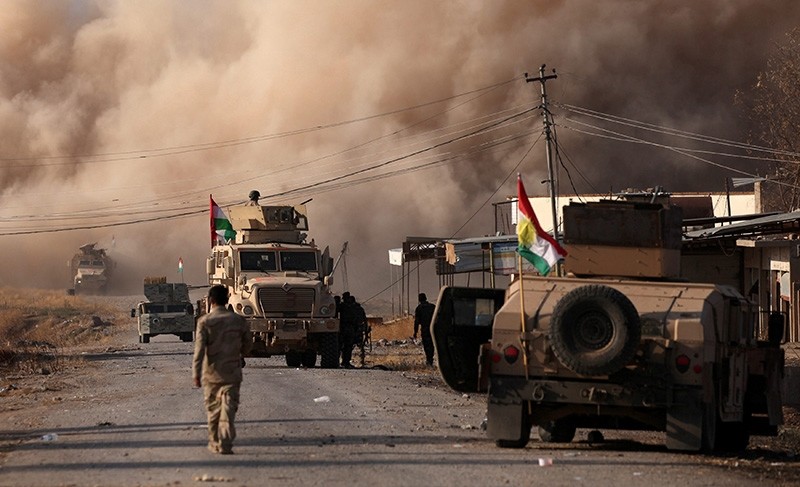 Smoke rises during clashes between Peshmerga forces and Islamic State militants in the town of Bashiqa, east of Mosul (Reuters File Photo)
by Anadolu Agency Aug 12, 2017 12:00 am

Three Kurdish soldiers were killed in a Daesh attack in the northern Iraqi city of Kirkuk, according to a military officer on Saturday.

He said 12 Kurdish soldiers were injured in the attack, while scores of Daesh militants were killed and injured.

Daesh still controls a large area in southwestern Kirkuk from which it launches attacks against security forces in Kirkuk and Diyala provinces.

Last month, Iraqi forces dislodged Daesh from Mosul, which the terrorist group overran in 2014 along vast swathes of territory in northern and western Iraq.