Restoring trust in Gulf would 'need a lot of time,' Qatar FM says 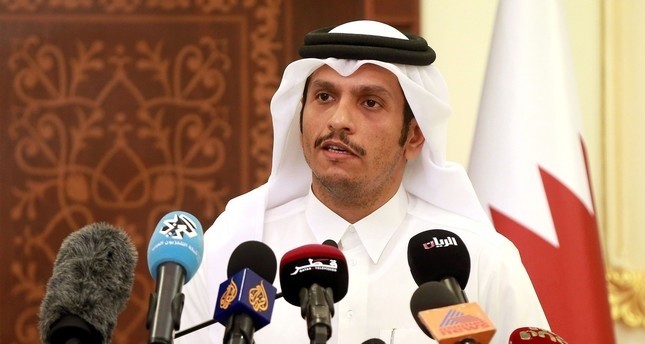 Qatar's foreign minister said Tuesday it will take a "lot of time" to rebuild any trust between sparring Gulf countries because of the region's continuing diplomatic crisis.

As the impasse between Doha and four Arab states led by Saudi Arabia entered its eleventh week, Sheikh Mohammed bin Abdulrahman Al-Thani said regional relations had been transformed by the dispute.

"Qatar has always been one of the founders of the GCC organization and we still consider that this has a great importance for all of us in the region," he told reporters.

"This organization has been built on a strategical security and been built on trust. Unfortunately, what happened lately with this crisis, this factor is missing now and needs a lot of time to rebuild the trust again. We hope that it's restored," Al-Thani said.

Saudi Arabia, Bahrain, the United Arab Emirates and Egypt cut ties with Qatar on June 5 – accusing it of backing extremism and fostering ties with Iran – triggering the biggest political crisis in the Gulf for several years.

Doha denies the claims and accuses the other countries of an attack on its sovereignty.

The Saudi-led countries have also imposed sanctions including restrictions on Qatari aircraft using their airspace.