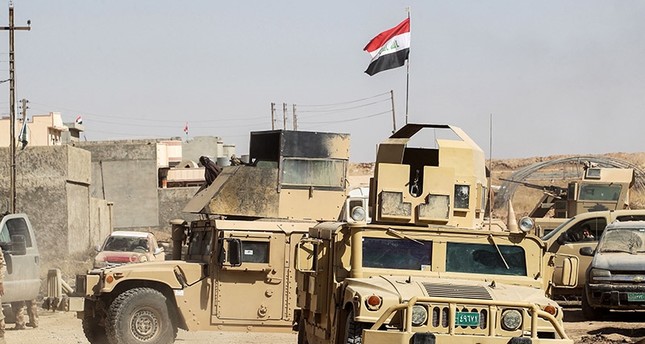 Iraqi forces battling to drive the Daesh terror group from Tal Afar said Saturday they had recaptured the northern city's center and its Ottoman-era citadel.

"Units of the Counter-Terrorism Service liberated the Citadel and Basatin districts and raised the Iraqi flag on top of the citadel," the offensive's commander General Abdulamir Yarallah said in a statement.

The CTS and federal police units had converged on the city center from the south and west, said General Yarallah.

Clashes were ongoing on the northern outskirts and Iraqi forces were dealing with the final pockets of resistance inside the city, he added.

"God willing the remaining part will be liberated soon," Jaafari said at a news conference with his French counterpart, Jean-Yves Le Drian, and French Defence Minister Florence Parly, in Baghdad.

The offensive on Tal Afar, which lies on the supply route between Syria and the former Daesh stronghold of Mosul, started on Aug. 20.

Tal Afar, which had 200,000 residents until Daesh captured it in a 2014 offensive, is on a strategic road that linked Daesh-held territories in Syria with Mosul.

Once Tal Afar is retaken, Baghdad is expected to launch a new offensive on Hawija, 300 kilometers north of Baghdad.

Daesh is also present in the vast western province of Anbar, where it controls several zones along the Syrian border with war-ravaged Syria, including the Al-Qaim area.

The terrorist group has lost much of the territory it controlled and thousands of its fighters have been killed.