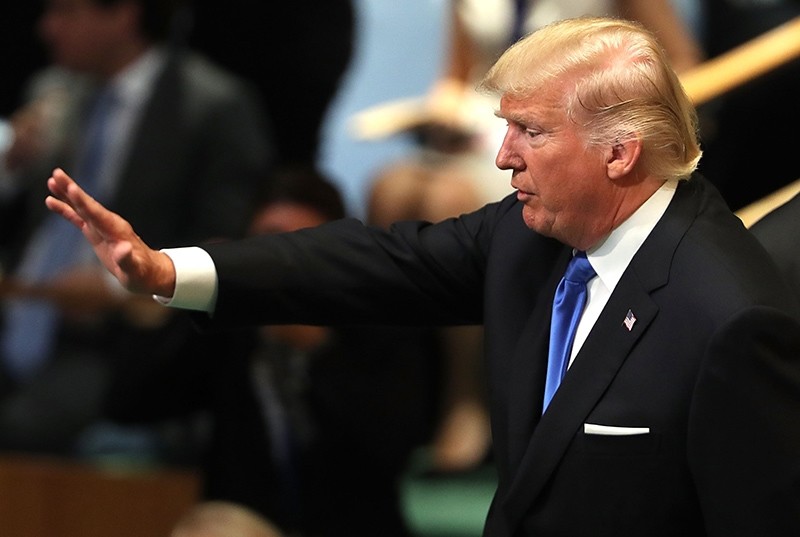 An Iranian television translator defended himself Wednesday after being widely criticized for soft-balling U.S. President Donald Trump's attacks on Iran in his maiden speech to the U.N. General Assembly.

Nima Chitsaz, a translator for state broadcaster IRIB, said he had decided in the heat of the moment to spare his Persian-speaking viewers from the verbal attacks by the U.S. president.

"I don't think it would be nice for me to speak on national TV against my own country," he later told IRINN television.

As a result, when Trump accused Iran of being a "depleted rogue state whose chief exports are violence, bloodshed and chaos", Chitsaz's Persian translation was simply: "Iran speaks of destroying Israel."

Trump later told the U.N. assembly: "Other than the vast military power of the United States... Iran's people are what their leaders fear the most."

"This is what causes the regime to restrict internet access, tear down satellite dishes, shoot unarmed student protesters, and imprison political reformers" was relayed as: "Many incidents happen in Iran which are unacceptable to us."

Chitsaz was slammed on social media, with one reformist politician accusing him of "censoring and distorting" the speech.

Even the semi-official ISNA news agency said it would further erode trust in the Iranian media, and push viewers to use exiled Persian channels instead.

"You should have translated Trump's nonsense so that people could better judge this stupid person," argued another.

Chitsaz responded by saying that the English had been left loud enough for people to translate for themselves.

"I think anybody else in my place would not have translated it," he said.