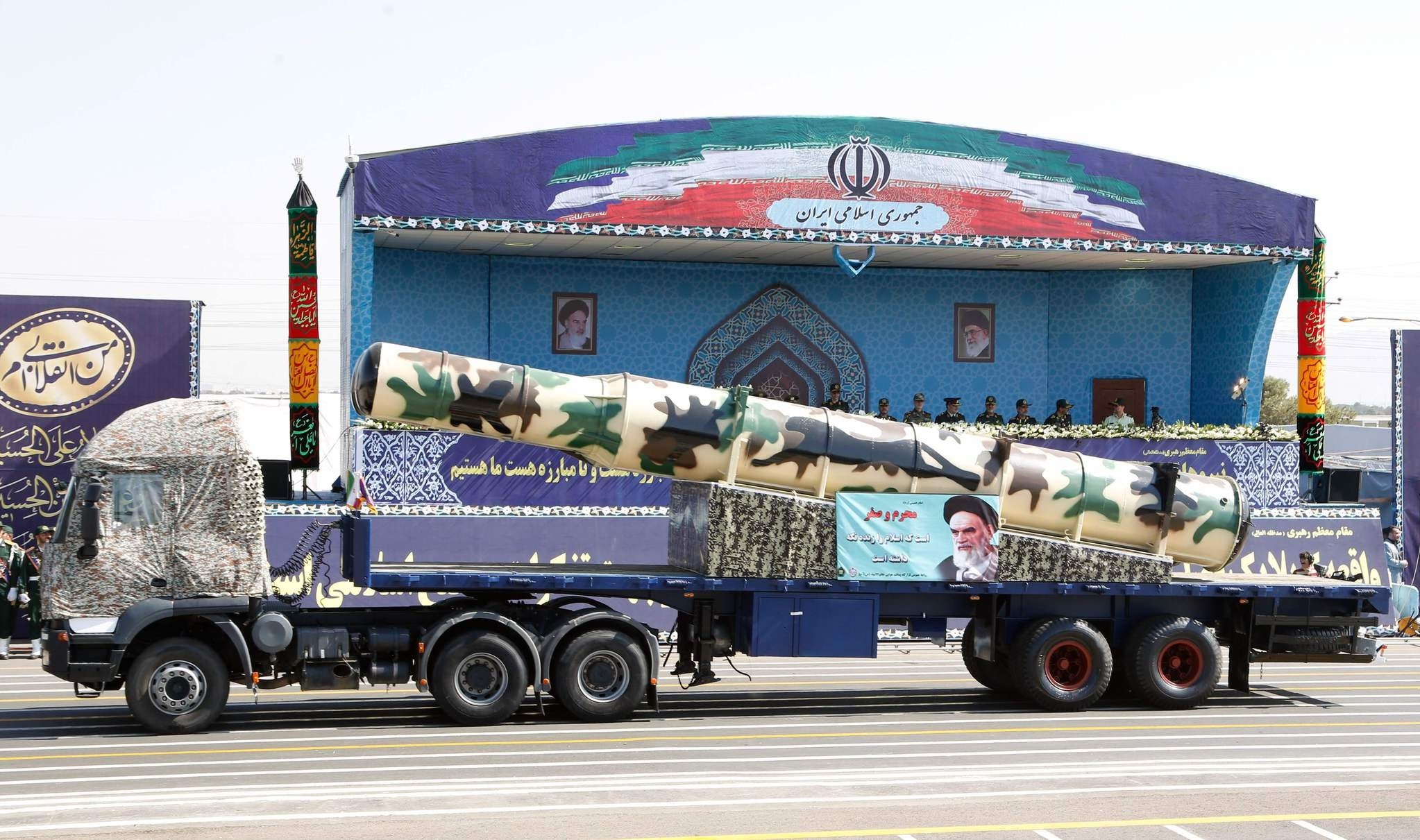 An Iranian Russian-made s-300 missile is displayed during the annual military parade marking the anniversary of the outbreak of its devastating 1980-1988 war with Saddam Hussein's Iraq. (AFP Photo)
by Sep 23, 2017 12:00 am

Iran said on Saturday that it had successfully tested a new medium-range missile in defiance of warnings from Washington that it was ready to ditch a landmark nuclear deal over the issue.

State television carried footage of the launch of the Khoramshahr missile, which was first displayed at a high-profile military parade on Friday.

It also carried in-flight video from the nose cone.

The broadcaster gave no date for the test although officials had said on Friday that it would be tested "soon".

Previous Iranian missile launches have triggered U.S. sanctions and accusations that they violate the spirit of the 2015 nuclear deal between Tehran and major powers.

President Donald Trump has threatened to bin the agreement over the issue, saying that Iran's missile program could give it the technical knowhow for a delivery system for a nuclear warhead when a sunset clause in the deal expires in 2025.

He is due to report to Congress on October 15 on whether or not he believes Iran is in compliance with the nuclear deal.

If he decides that it is not, it could open the way for renewed U.S. sanctions and perhaps the collapse of the agreement.