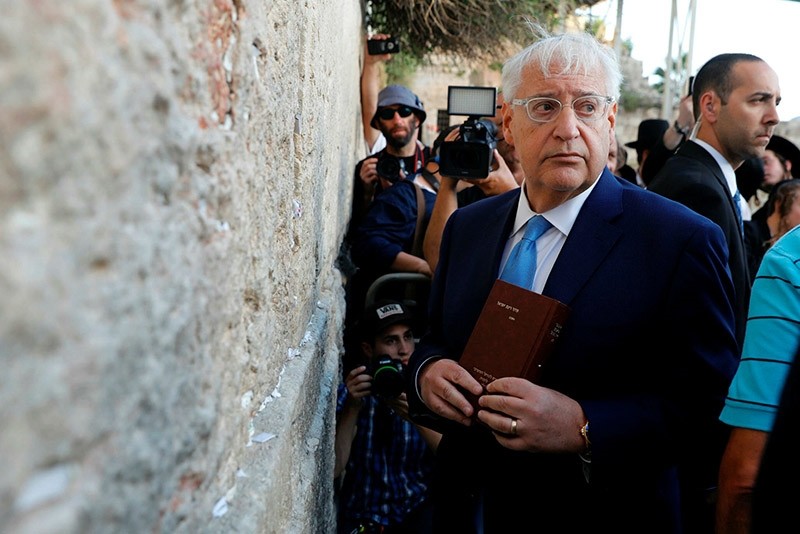 The U.S. ambassador to Israel came under fire Thursday by saying that Israel occupies a tiny percent of the West Bank — just 2 percent — and that settlements there are part of the Jewish state proper.

The comments angered the Palestinians and are at odds with decades of U.S policy in the Mideast.

"I think the settlements are part of Israel," American Ambassador David Friedman said in an interview with the Israeli news site Walla.

He refrained from answering when asked if settlements would be removed in a peace agreement with the Palestinians.

"They (Israelis) are only occupying 2 percent of the West Bank," he said.

Israel occupied the West Bank in the 1967 war. The Palestinians have limited autonomy in 40 percent of the area, with Israel in full control over the remaining 60 percent. Palestinians demand the West Bank as part of a future state. The international community views settlements there as illegal.

Nabil Shaath, an aide to Palestinian President Mahmoud Abbas, responded in a video clip on Twitter that the U.S ambassador had displayed "absolute ignorance of facts of law and of the position of the United States."

Friedman's remarks are "very bad news for the future of any American attempt to make peace in the Middle East," Shaath added.

Senior Palestinian negotiator Saeb Erekat called Friedman's comments "false and misleading." He said in a statement that "such positions undermine ongoing efforts toward achieving a just and lasting peace between Israel and Palestine," based on 1967 borders.

Friedman, Trump's former bankruptcy attorney, was appointed ambassador earlier this year, a move that was opposed by Democrats and some Jewish groups because of donations to Israeli settlements, opposition to Palestinian statehood and vocal support for hard-line Israeli government positions.