Iran to reopen all border crossings with KRG in coming days 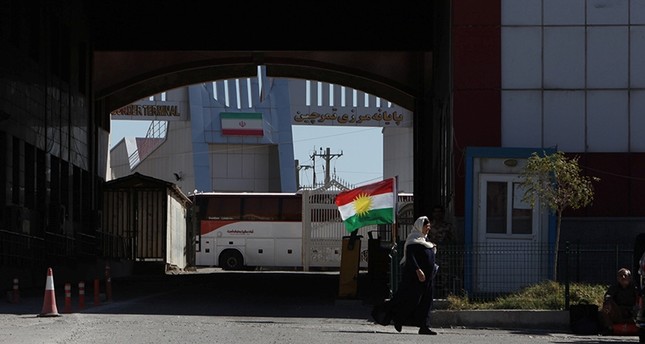 Iran will reopen all its border crossings with Kurdistan Regional Government (KRG) in northern Iraq in the coming days, lifting restrictions imposed after last month's Kurdish vote in favour of independence, its chief of staff said on Monday.

The announcement comes a day after KRG leader Masoud Barzani said he would give up his position as president on Nov. 1, after the independence referendum he championed backfired and triggered military action by the Baghdad.

After the vote, Iraqi troops were ordered by the country's prime minister Haider al-Abadi to take control of areas claimed by both Baghdad and the KRG.

Iran, which has its own Kurdish minority, also opposes independence for the KRG, and at the request of Baghdad closed its borders with the Kurdish region in northern Iraq and halted all flights there and back.

"Border restrictions between Iran and Iraq's Kurdish region will be lifted in coming days," Iran's Chief of Staff Major General Mohammad Baqeri was quoted as saying by ISNA

Baqeri also said if KRG implemented its plan to break away from Iraq, "there would be bloodshed in Iraq and neighbouring countries would be affected".

Abadi wants to take control of the border crossings between the KRG and Turkey, Iran and Syria, including one through which an oil export pipeline crosses into Turkey.

Share on Facebook Share on Twitter
Previous in MidEast Kuwait's Prime Minister Sheikh Jaber Mubarak al-Sabah offered the... Next in MidEast Eight Palestinians were killed Monday as Israel blew up what it said...
DAILY SABAH RECOMMENDS