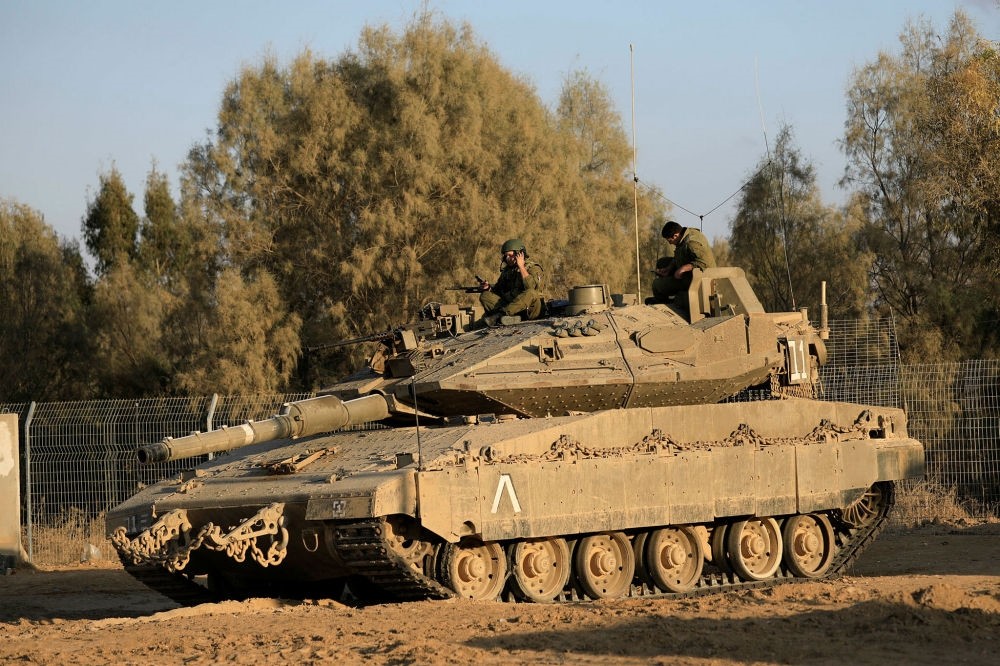 Despite Hamas changing its party manifesto and reaching an agreement with Fatah over joint rule of Gaza, Israel's aggressive stance has not changed

The latest Israeli attack on Gaza shows once more that nothing has changed the country's stance on the besieged Palestinian territory, not even the facts that Hamas made amendments to its party manifesto, distanced itself from the Muslim Brotherhood, recognized Israel's pre-1967 borders and reached a compromise with Fatah last month.

Monday's shock attack on a tunnel, allegedly stretching from Gaza to Israeli territory, left at least eight Palestinians dead and wounded more than a dozen. The timing of the attack was unexpected.

The Israeli military claimed it had discovered and detonated the active tunnel "thanks to some groundbreaking technology." Calling the existence of the tunnel a violation of Israeli sovereignty, a military spokesperson said Hamas was responsible for digging such tunnels and that there are likely more.

In response, another Palestinian group, Islamic Jihad, blusteringly said it would exercise its right to respond while Hamas decried the attack as the "latest Zionist crime."

"Resisting the occupation in all its forms is a natural right guaranteed for our people," Islamic Jihad said in a statement. In the meantime, Palestinian Authority (PA) President Mahmoud Abbas called for dialogue among Palestinians to provide Israel with the best response.

On the Israeli side, Prime Minister Benjamin Netanyahu said: "Those who try to harm us, we harm them. Today we detected a tunnel and destroyed it and we will continue to do so."

Although some Israeli officials claimed the tunnel had been dug recently, others, including Defense Minister Avigdor Liberman, said the tunnel had existed since 2014. While it remains yet to be clarified, the timing of the attack was interesting given the Palestinian unity government was preparing to take over Gaza. It puts Fatah, which has previously accused Hamas of causing the Israeli attacks, in a more difficult position as Israel has also been supporting the union to halt the crisis in Gaza.

Back in 2014, a weeks-long Israeli attack on Gaza killed more than 2,100 Palestinians. Since then, the situation in the enclave has deteriorated as Israel has kept the gates closed. In a similar fashion, Egypt has also kept its Rafah border gate under lockdown, citing security concerns.

Under a constant blockade, Gaza does not have easy access to raw materials or basic needs due to an array of restrictions.

In the latest crisis, the city suffered a severe lack of electricity. Due to the low energy supply, people inside Gaza predominantly rely on gasoline-fueled generators and solar panels.

Hundreds of people recently held a protest against Israel and the PA, as international rights groups and the United Nations warned that there could be a total collapse of basic services. With only three hours of electricity available per day, the U.N. warned that half of Gaza's population is in need of immediate humanitarian aid.