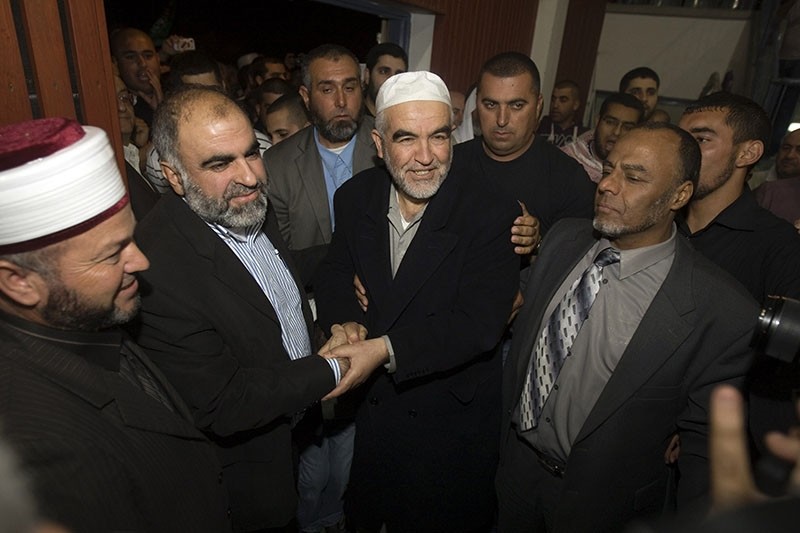 The International Union of Muslim Scholars launched a campaign Monday in Istanbul to advocate for the release of Palestinian political leader Raed Salah.

Salah, a leader of the Islamic Movement in Israel, was arrested and imprisoned by Israel in August on charges of "inciting violence."

The union's president and prominent Egyptian theologian, Yusuf al-Qaradawi, will give a speech in Istanbul Monday evening.

"The Zionist occupation has been targeting Palestinians, banning them from entry to Al-Aqsa and arresting them. Things are happening every day in Jerusalem and no one is paying attention to it," Abu Jarad told Al Jazeera in Istanbul.

Salah, an Israeli citizen, was accused by Israeli justice ministry of expressing "praise, sympathy or encouragement for an act of terrorism," after the funeral of two Palestinians who attacked Israeli security forces at Al-Aqsa on July 14.

Salah denied accusations, saying the words of his speech were the teachings of the Quran and are protected under free speech laws.

Despite appeals for his release, Salah remains in prison during the trial process.

Salah has been imprisoned several other times in the past 15 years, on various charges including funding Hamas, contacting an Iranian agent and leading violent demonstrations.

Israel has occupied East Jerusalem where the Al-Aqsa Mosque is located since 1967. It later annexed the city in 1980, claiming all of Jerusalem as the Jewish state's "eternal" capital, a move never recognized by the international community.

Located in Jerusalem, a holy city for Jews, Christians and Muslims, Al-Aqsa Mosque is Islam's third-holiest site in the world.