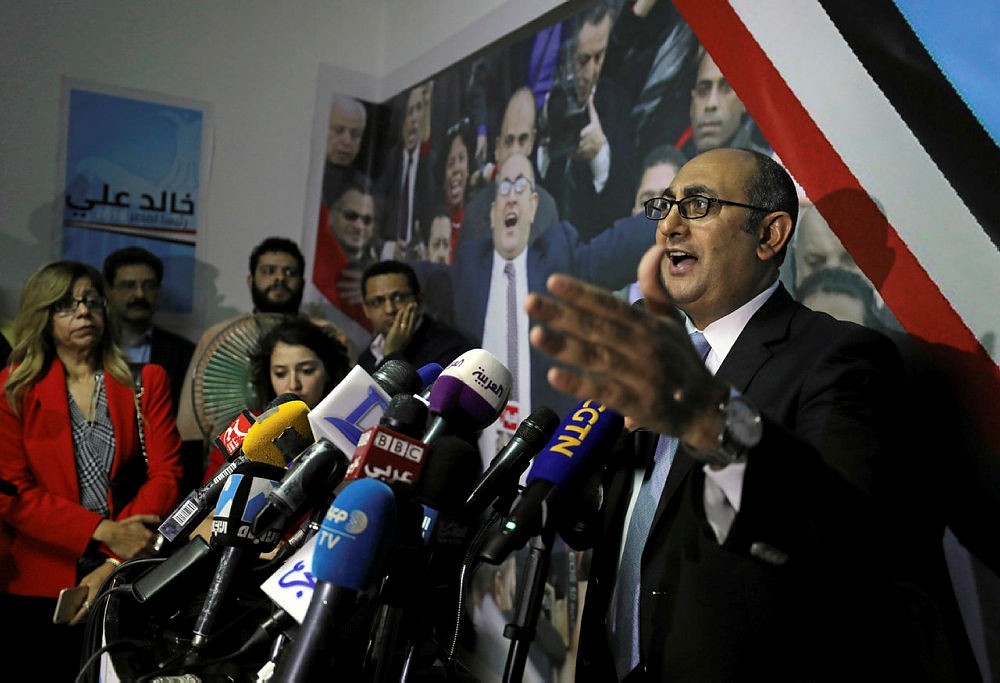 A rights lawyer and former candidate for Egypt's presidency who challenged the government over Red Sea islands given to Saudi Arabia announced his campaign Monday to stand in 2018 elections.

Leftist Khaled Ali rose to prominence after he tried to get the courts to stop the transfer of the islands of Tiran and Sanafir to the Saudis.

The deal sparked rare street protests after it was signed last year, with critics accusing President Abdel Fattah al-Sisi of having sold the islands to Riyadh.

"We have decided to announce the launch of a committee to build and organise the campaign to stand in the presidential election," Ali told a packed press conference.

He urged groups that took part in 2011 protests that toppled former president Hosni Mubarak "to meet once more in a collective struggle to retrieve hope in saving this nation".

But he also said the final decision on whether he will stand or boycott next year's election will be taken in consultation with "all Egyptian political forces".

Ali also stood in the 2012 election that brought Islamist president Mohamed Morsi to power for a year before he was ousted.

Opposition groups say they anticipate a crackdown ahead of the 2018 presidential election which Sisi is expected to dominate.

Dissidents accuse Sisi of installing a repressive regime after ousting the unpopular Morsi in 2013, when he was army chief.

In May, Ali was summoned for questioning on suspicion of having set up an unregistered political party.

And in September, he was sentenced in absentia to three months in jail on accusations of "offending public decency", a ruling he appealed.

This was in relation to a photograph, that Ali says was fabricated, that appeared to show him making an obscene gesture while celebrating a court ruling in case of the islands' transfer to Saudi Arabia.

Amnesty International said in September the verdict appeared to be politically motivated to bar him from standing for president in 2018.

Ali said the committee organising the elections is the only institution that can decide whether he can stand.

Sisi, who was elected a year after leading Morsi's overthrow, says Egypt needs a firm hand to cope with years of tumult and a deadly extremist insurgency.