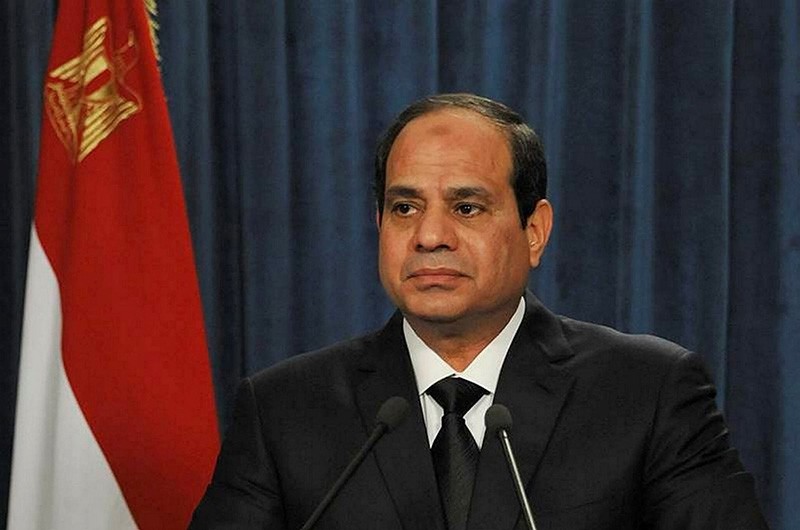 Egyptian President Abdel-Fattah el-Sissi said Wednesday that Iran must stop "meddling" in the Middle East and the security of Arab Gulf countries must not be threatened, but he underscored that he does not want war and believes dialogue can resolve the region's crises.

With his comments, el-Sissi threw his support behind Egypt's Gulf ally Saudi Arabia amid the kingdom's mounting tensions with Iran. But he avoided the increasingly aggressive rhetoric that has come from Riyadh in recent days.

Over the weekend, Saudi Arabia blamed Iran for a missile fired toward its capital by rebels in Yemen and warned that it could be considered an act of war. At the same time, Saudi officials accused Iran's Lebanese ally Hezbollah of "declaring war." The kingdom appears to have orchestrated the collapse of Lebanon's government, which included Hezbollah, by pushing its prime minister to resign.

The Egyptian leader told reporters that he did not want more tensions in the region, but that doesn't mean threats to Arab countries can be tolerated.

"The region has enough instability and challenge as it is. We don't need any new complications involving Iran or Hezbollah so we don't add new challenges to the region," he said at a press conference in the Red Sea resort of Sharm el-Sheikh.

"I am against war, we can resolve crises with dialogue," el-Sissi said when asked about the possibility of war with Iran or Hezbollah. But, he said, "Gulf security is a red line and others must stop meddling in our affairs and not work to escalate tensions."