World will see largest famine in decades if Saudi blockade not lifted in Yemen, UN warns 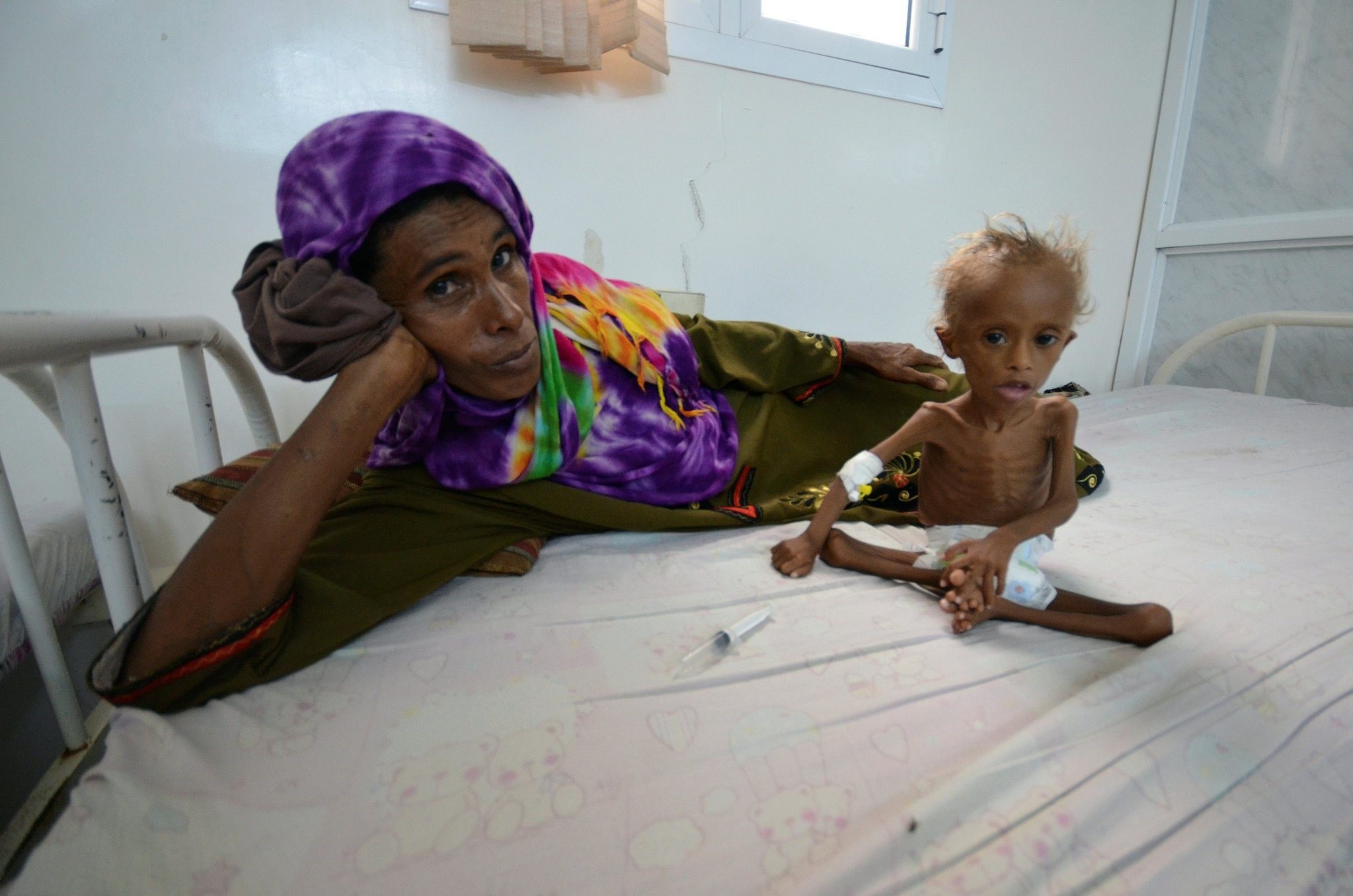 United Nations aid chief Mark Lowcock warned on Wednesday that if a Saudi-led military coalition did not allow humanitarian aid access to Yemen then it would cause "the largest famine the world has seen for many decades with millions of victims."

The Saudi-led military coalition fighting the Houthi movement in neighboring Yemen said on Monday it had closed all air, land and sea ports to the Arabian Peninsula country to stem the flow of arms to the Houthis from Iran.

The move, which follows the interception of a missile fired towards the Saudi capital Riyadh on Saturday, is likely to worsen a humanitarian crisis in Yemen that according to the United Nations has pushed some seven million people to the brink of famine and left nearly 900,000 infected with cholera.

Lowcock, who visited Yemen late last month, briefed the U.N. Security Council behind closed doors at the request of Sweden.

"I have told the council that unless those measures are lifted ... there will be a famine in Yemen," he told reporters. "It will be the largest famine the world has seen for many decades with millions of victims."

Lowcock said the U.N.'s World Food Programme was feeding seven million people a month in Yemen. "What we need is a winding down of the blockade ... so that we can save the lives of those people," he said.

"The members of the Security Council emphasized ... the importance of keeping all Yemen's ports and airports functioning, including Hodeidah port, as a critical lifeline for humanitarian support and other essential supplies," Cardi said. 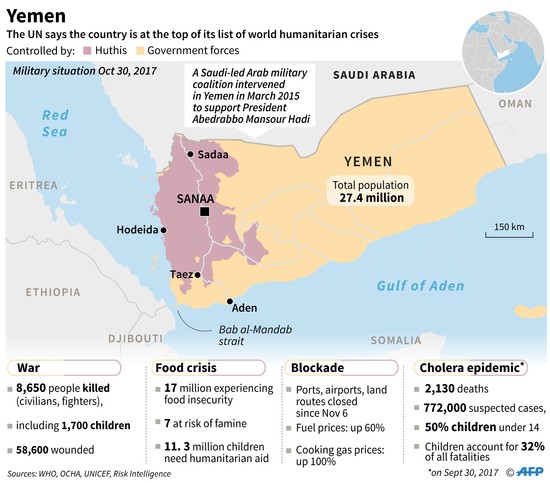 The United Nations and international aid organizations have long criticized the coalition for blocking aid access, especially to north Yemen, which is held by the Iran-aligned Houthi movement.

"Humanitarian access through the ports was inadequate even before the measures that were announced on the 6th November," said Lowcock, adding that there had also been no U.N. flights allowed into Yemen since Monday.

The Saudi-led coalition has been targeting the Houthis since they seized parts of Yemen in 2015, including the capital Sanaa, forcing President Abd-Rabbu Mansour Hadi to flee.

He also called for the coalition to allow a WFP ship to be pre-positioned off Aden and assurances that there would be no further disruption to its functions and demanded that all vessels that have passed U.N. inspection be allowed to offload.