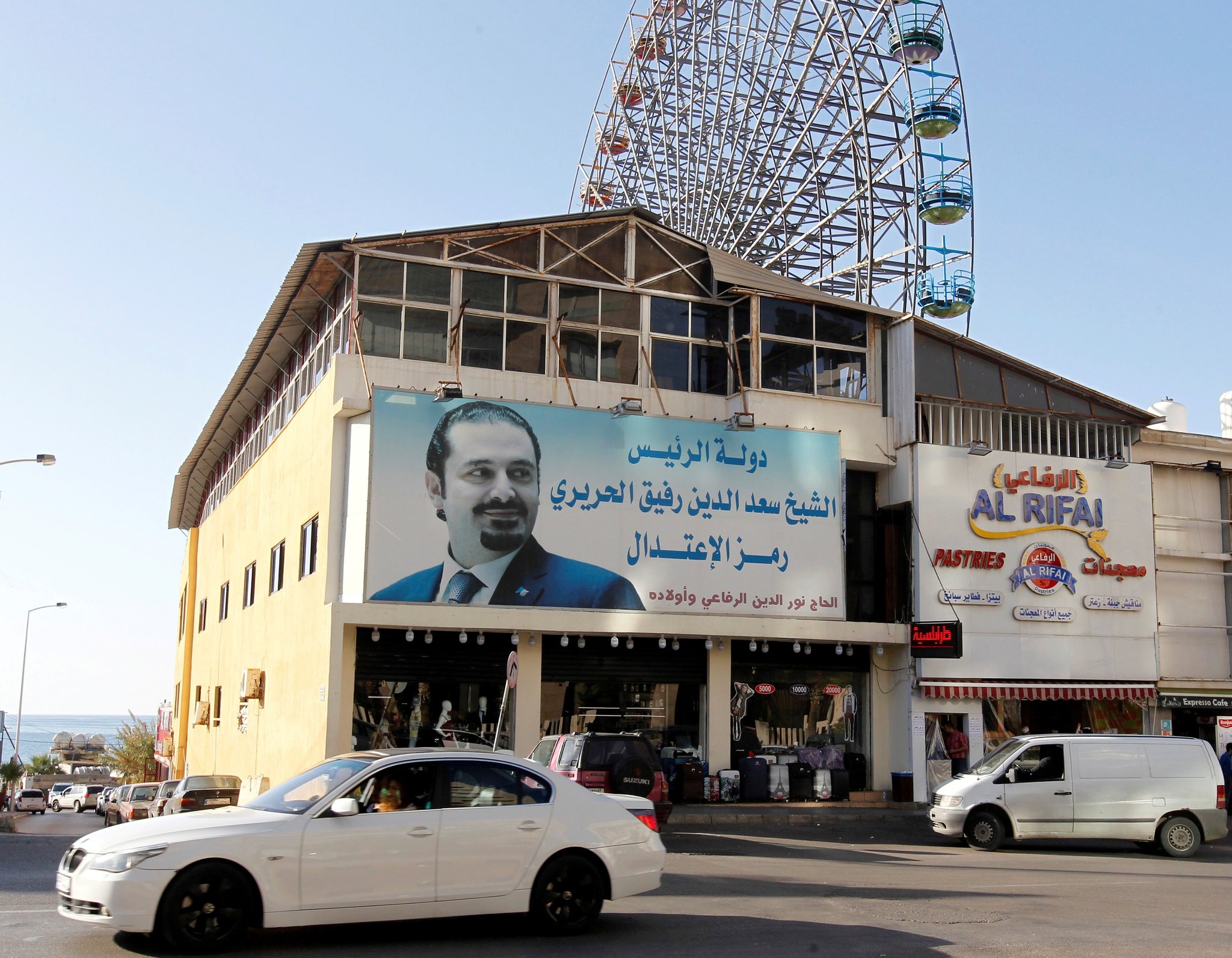 Picture depicting Lebanon's Prime Minister Saad al-Hariri, who has resigned from his post, is seen in Beirut, Lebanon November 10, 2017. (REUTERS Photo)
by Compiled from Wire Services Nov 11, 2017 12:00 am

The party of Lebanese Prime Minister Saad al-Hariri, who unexpectedly quit a week ago while in Saudi Arabia, denounced on Saturday attacks against the kingdom and Iranian intervention in Arab countries.

Hariri's Future Movement political party said it stands by him and was "waiting impatiently for his return to Lebanon to handle his national responsibilities in leading this stage."

Last week on Saturday evening, Hariri attended a reception ceremony at the Riyadh airport for Saudi King Salman who had flown back to the capital from the holy city of Medina, Hariri's media office.

The emailed statement said Hariri had earlier met in Riyadh with both the British and Turkish envoys to the kingdom.

In his shock announcement, Hariri accused Iran and its Lebanese ally Hezbollah of taking over his country and destabilising the broader region, saying he feared for his life.

His statement prompted fears that Lebanon -- dominated by rival camps led by Hariri and Hezbollah -- would be caught up in spiralling tensions between Riyadh and Tehran.

Hariri's week-long absence from Lebanon has sparked rumours that the ex-premier -- who also holds Saudi nationality -- is under de facto house arrest in the kingdom.

"The head of the Lebanese government is detained in Saudi Arabia, he is banned from returning to Lebanon until now," Hezbollah chief Hassan Nasrallah said in a televised address Friday.