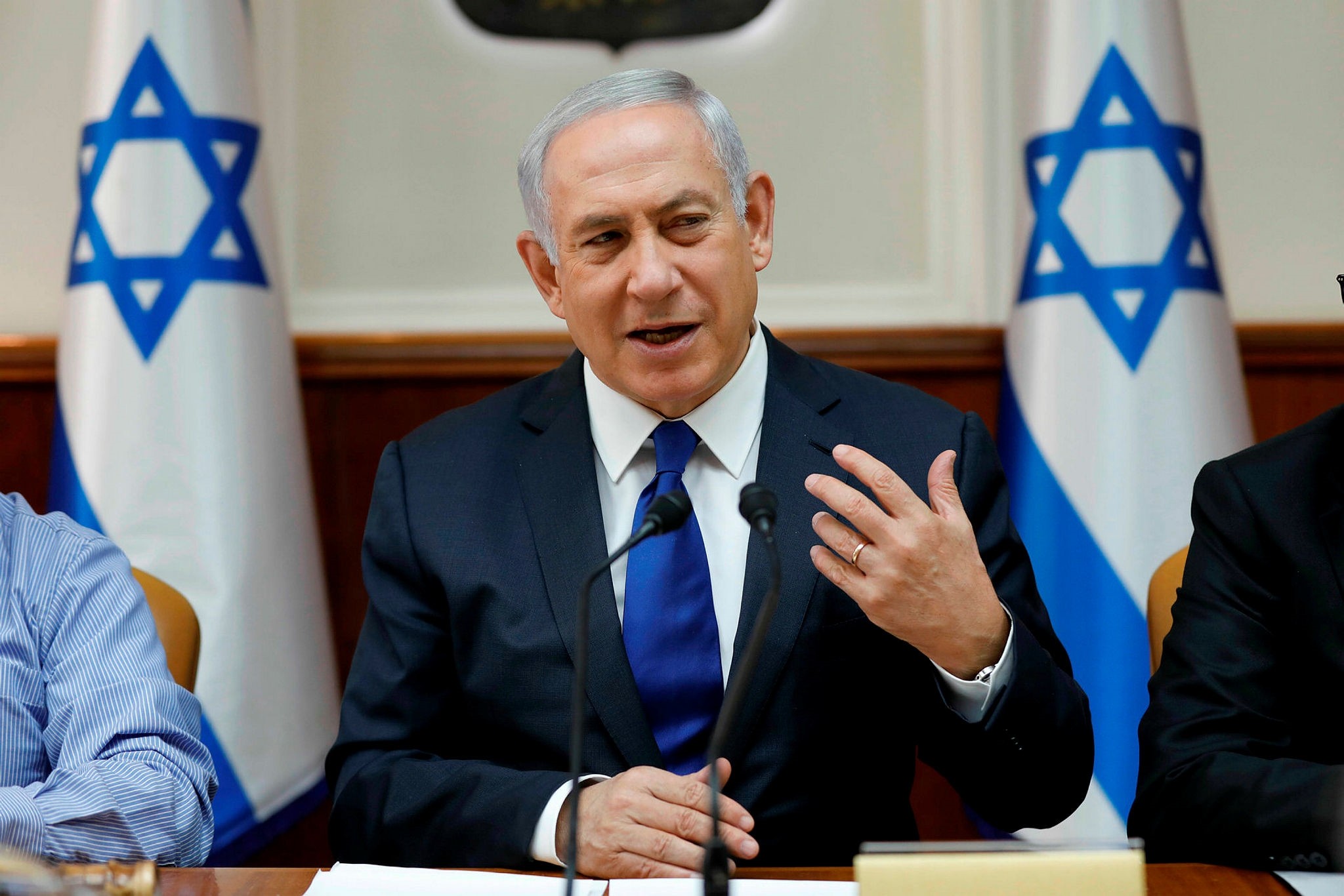 As the United States and Russia have reportedly reached an agreement on a cease-fire deal in southern Syria, Israel says it would keep up military strikes across its frontier

Israel signaled Sunday that it would keep up military strikes across its frontier with Syria to prevent any encroachment by Iranian-allied forces, even as the United States and Russia try to build up a ceasefire in the area.U.S. President Donald Trump and Russian President Vladimir Putin on Saturday affirmed joint efforts to stabilize Syria as its civil war wanes, including with the expansion of a July 7 truce in the southwestern triangle bordering Israel and Jordan.

A U.S. State Department official said Russia had agreed "to work with the Syrian regime to remove Iranian-backed forces a defined distance" from the Golan Heights frontier with Israel, which captured the plateau in the 1967 Middle East war.

Moscow did not immediately provide details on the deal.

Israel has been lobbying both big powers to deny Iran, Lebanon's Hezbollah and other Shiite militias any permanent bases in Syria, and to keep them away from the Golan, as they gain ground.

In televised remarks opening Israel's weekly cabinet meeting on Sunday, Prime Minister Benjamin Netanyahu did not speak about the new U.S.-Russian arrangement for Syria, according to Reuters.

His regional cooperation minister, Tzachi Hanegbi, sounded circumspect about the deal, telling reporters that it "does not meet Israel's unequivocal demand the there will not be developments that bring the forces of Hezbollah or Iran to the Israel-Syria border in the north."

"There's reflection here of the understanding that Israel has set red lines, and will stand firm on this," Hanegbi said.

That was an allusion to Israeli military strikes in Syria, carried out against suspected Hezbollah or Iranian arms depots or in retaliation for attacks from the Syrian-held Golan.

In the latest incident, the Israeli army said it had shot down a Russian-made Syrian drone carrying out a reconnaissance mission over the Israeli-occupied Golan Heights on Saturday.

The drone was intercepted by a Patriot missile in the demilitarized zone between the Israeli and Syrian-controlled parts of the Golan, a military spokeswoman said in a statement, as reported by AFP.

Israel and Syria are still technically at war, though the armistice line on the Golan Heights had remained largely quiet for decades until civil war erupted in Syria in 2011.

Israel seized 1,200 square kilometers (460 square miles) of the Golan Heights from Syria in the Six-Day War of 1967 and later annexed it in a move never recognized by the international community.

In September, Israel's military shot down what it said was an Iranian-made drone operated by Lebanese militant group Hezbollah on a reconnaissance mission over the Golan.

Repeating Israel's warnings to Iran and Hezbollah, Lieberman said: "We will not allow the Shi'ite axis to establish Syria as its forefront base".

Russia, which has a long-term military garrison in Syria, has said it wants foreign forces to quit the country eventually.

The U.S. State Department official, who briefed reporters on condition of anonymity on Saturday, said that goal could be served by Russia's pledge to remove Iranian-linked fighters from the truce zone in southwestern Syria.