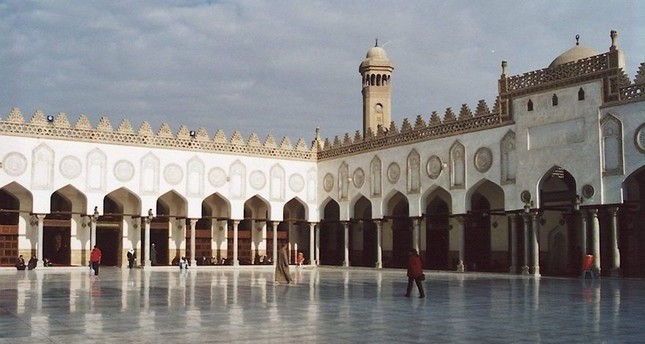 The Al-Azhar University in Cairo, Egypt, which was founded in 972, is one of the first universities that Muslims established.
by Daily Sabah Nov 17, 2017 12:00 am

The head of Egypt's Supreme Council for Media Regulation, Makram Mohamed Ahmed, said at a news conference that the fatwas will only be issued by the council and the work will be conducted in coordination with the Cairo-based Al-Azhar University.

Ahmed said 30 of the scholars who will have the license to issue fatwas will be from Al-Azhar and the remaining 20 will be chosen among clerics at the Council.

In the past decade, Egypt has seen the spread of religious television stations and programs hosting clerics with little formal training, leading to a credibility crisis.

Prominent traditional scholars from Al-Azhar repeatedly urged the media to host only "specialized muftis" and called for standards in terms of fatwas. In recent years, Al-Azhar's focus turned to counter extremist ideology, however, the institution often faced criticism by the youth for toeing the government's line.