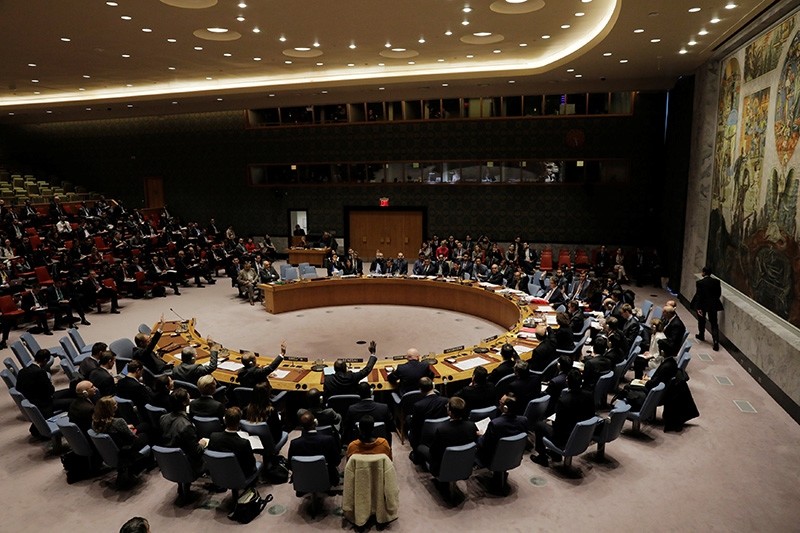 The United Nations Security Council will vote Friday on a last-ditch bid to salvage a U.N.-led investigation tasked with identifying those behind chemical weapons attacks in Syria, a day after Russia vetoed the panel's renewal.

The council will vote at 6:15 pm (2315 GMT) on a Japanese draft resolution that would extend the Joint Investigative Mechanism (JIM) for 30 days, to allow time for negotiations on a compromise.

During a closed-door meeting to discuss the monthlong renewal, Russian Deputy Ambassador Vladimir Safronkov said Moscow "will not accept the Japanese draft," according to a diplomat attending the closed session.

In Moscow, a senior foreign ministry official said the 30-day technical rollover was pointless and that there was no need to take urgent action on the fate of the panel.

"We don't see the point of a technical rollover," Mikhail Ulyanov, head of the non-proliferation department at the foreign ministry, told RIA Novosti news agency.

"We can have consultations and if these turn out to be productive, then in some time, maybe not too far off, the Security Council can take a decision to renew the activities of the JIM," he added.

"For the time being, there is absolutely no reason to rush."

Russia has strongly criticized the JIM after its latest report blamed the Assad regime air force for a sarin gas attack on the opposition-held village of Khan Sheikhun that left scores dead.

The April 4 attack triggered global outrage as images of dying children were shown worldwide, prompting the United States to launch missile strikes on a regime air base days later.

The Assad regime has denied using chemical weapons, with backing from its main ally Russia.

The 15-member council also voted on a Russian-drafted resolution on Thursday to renew the inquiry, but it failed after only garnering four votes in favor. Japan then proposed the council consider a 30-day extension.

The U.S. State Department on Friday urged Russia to support the Japanese draft. White House Press secretary Sarah Huckabee Sanders said of Russia on Friday: "We do hope that moving forward they want to get on board and work with us on this."

A resolution needs nine votes in favor and no vetoes by the United States, France, Russia, Britain or China to be adopted.

Russia has vetoed 10 resolutions on Syria, including blocking an initial U.S. bid on Oct. 24 to renew the JIM, saying it wanted to wait for the release two days later of the inquiry's report that said the Assad regime used sarin.