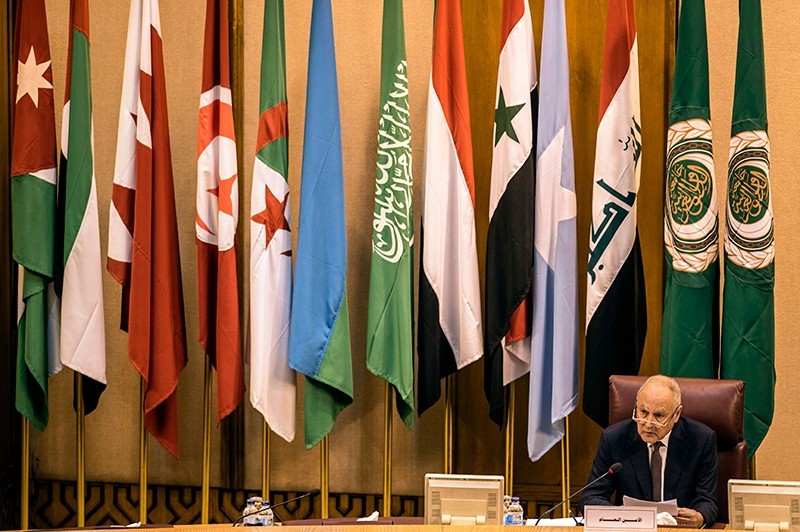 Iran on Monday rejected a harsh statement by Arab League foreign ministers condemning the Islamic Republic and its proxy Hezbollah, saying the tirade was "full of lies" and the product of Saudi "pressure and propaganda."

State media quoted Foreign Ministry spokesman Bahram Ghasemi as calling on Saudi Arabia to stop its "barbaric attacks" on Yemen, where a Saudi-led coalition has been at war with Tehran-backed rebels since March 2015. He also called on Saudi Arabia to drop its boycott of the Gulf Arab nation of Qatar, which has warm ties with Iran.

Arab League foreign ministers meeting in Cairo on Sunday lashed out at Iran and the Lebanese militant group Hezbollah, accusing them of destabilizing the region and vowing to take the matter to the U.N. Security Council.

Lebanese President Michel Aoun, a Christian ally of Hezbollah, also rejected the Arab League statement, which had accused the militant group of terrorism and of supporting "terrorist groups" across the region.

Aoun said Lebanon had been subjected to Israeli "aggression" for decades and had the right to defend itself. Hezbollah, the only Lebanese group to retain its arms after the 1975-1990 civil war, forced Israel to withdraw from southern Lebanon in 2000 and continues to portray itself as Lebanon's first line of defense. Hezbollah is also a member of Lebanon's coalition government.

Aoun said Lebanon rejects any accusation that its government "is a partner in terrorist attacks."

Tensions have mounted between Saudi Arabia and Iran since Nov. 4, when Lebanese Prime Minister Saad Hariri, a long-time Saudi ally, announced a surprise resignation, accusing Tehran and its allied Lebanese Hezbollah movement of destabilizing his and other Arab countries.

Moreover, Yemen rebels, known as Houthis, fired a ballistic missile that was intercepted outside Riyadh earlier this month. Saudi Arabia has accused Iran and Hezbollah of arming the rebels, charges denied by both.

The Arab ministers Sunday called the firing of the missile an "aggression" against Saudi Arabia and a "threat to the Arab and international security."

Riyadh and Gulf allies have repeatedly accused Iran of inciting unrest in their countries and meddling in their affairs, charges that Tehran has denied.

Saudi Arabia and Iran are backing opposite sides in wars in Yemen and Syria.