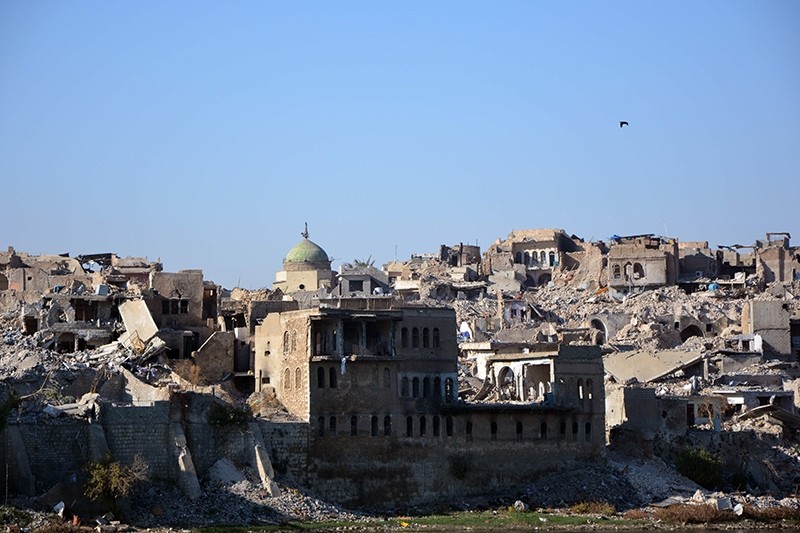 About 300 wives and children of foreign Daesh terrorists captured in Mosul have been transferred from northern Iraq to Baghdad "for expulsion to their home countries," an official said Monday.

"This is the second wave of expulsions, and two or three more will follow," deputy head of the Nineveh provincial council, Nureddin Qablan told French Press Agency (AFP).

Iraq's second city, Mosul was recaptured in July after being taken in a lightning summer 2014 offensive by Daesh terrorist group.

"A total of more than 1,200 members of [terrorists'] families will be transferred" from Tel Keif detention center north of Mosul to a similar facility in the capital, Qablan said.

In mid-September, a senior security official said when the families arrived in Tel Keif that they comprised 509 women and 813 children from 13 different countries in Europe, Asia and America.

According to the Norwegian Refugee Council NGO, which is seeking access to the detainees for humanitarian purposes, they are mainly from Turkey, Azerbaijan, Russia and Tajikistan.

What to do with captured terrorists and their families has been an issue of great concern in their home states.

For example, French terrorist prisoners will be tried in Iraq, French Foreign Minister Jean-Yves Le Drian has said, adding that children would be treated "on a case by case basis."

In neighboring Syria this month, Russian officials took charge of 13 women and 29 children from Chechnya who had been found in the city of Raqqa, which was recaptured from Daesh in October.