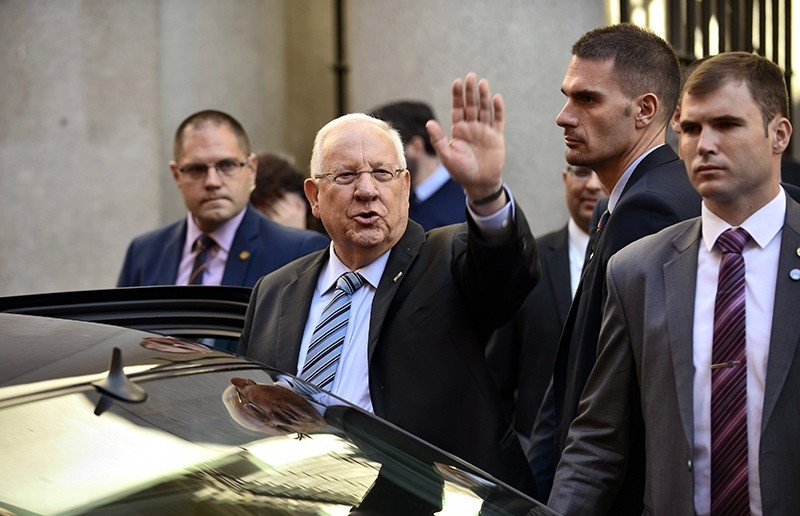 Israeli police announced Monday an investigation after a picture of President Reuven Rivlin wearing a Palestinian scarf emerged amid anger over his decision to reject a soldier's pardon request.

On Sunday, Rivlin had refused to pardon Elor Azaria, the soldier convicted of manslaughter for shooting dead a wounded Palestinian assailant as he laid on the ground in March 2016.

Right-wing politicians criticized Rivlin's decision, and Culture Minister Miri Regev went as far as saying that he had "abandoned Elor Azaria and harmed the pardoning institution."

Rivlin's Facebook page quickly filled with messages of support but also scathing criticism, with responders telling him he was "no longer my president," as one wrote, or accusing him of "fawning to appease your Arab and Leftwing friends," as another said.

Populist lawmaker Oren Hazan of the ruling Likud party — the same Rivlin was a member of in parliament and later as a minister — called on Rivlin to resign, and said pardoning authority should move from the presidency to the parliament. 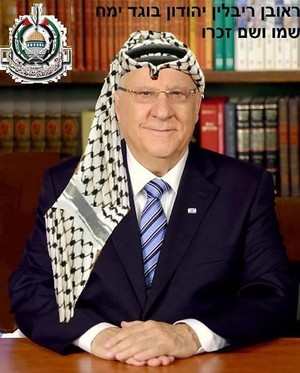 The image was meant to equate Rabin to Palestinian leader Yasser Arafat, who wore a kaffiyeh regularly, and imply he was betraying Israel's interests.

Police said they had launched the probe after the image of Rivlin wearing a kaffiyeh scarf was distributed on social media.

The statement did not elaborate on those being investigated nor the possible crime committed.

Posters of Israeli slain premier Yitzhak Rabin in a kaffiyeh had appeared before his assassination by a Jewish extremist in 1995.

Azaria is due to remain in prison until October 2018.