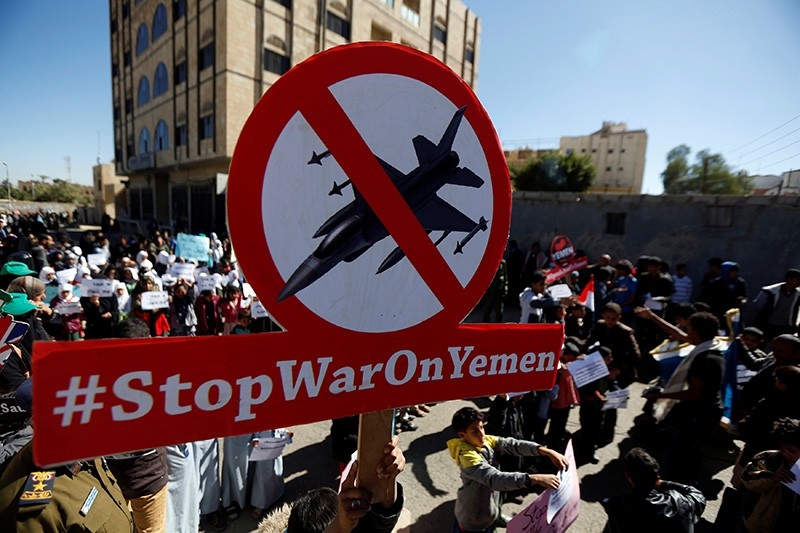 The Saudi-led coalition has stopped 32 scheduled humanitarian flights from going to Yemen since imposing a blockade on the country, a U.N. spokesman said on Tuesday.

The Saudi alliance imposed the blockade after the Iran-allied Houthi rebels fired a missile at Riyadh on November 4.

The U.N. has only been able to operate flights to Aden, the south-western city that is also the seat of the Saudi-backed government that has international recognition.

Haq said humanitarian staff have been unable to move in or out of Yemeni capital Sana'a, which is held by the Houthis, since the blockade went into effect.

The coalition has reopened several airports, including in Aden, since announcing their intention to do so more than a week ago.

But the U.N. says humanitarian supplies are most needed in the areas near ports in Hodeida and Salif, and shipments coming through Aden will have to cross combat lines to reach their destination.

Some 17 million people in Yemen have no reliable access to food and millions could die if aid cannot reach them, UNICEF, the World Health Organization and the World Food Programme warned last week.

Yemen, one of the Arab world's poorest countries, has been locked in a devastating power struggle between the Saudi-backed government and the Houthis rebels since late 2014, when they took over Sana'a.

The Saudi coalition launched its air campaign in March 2015.