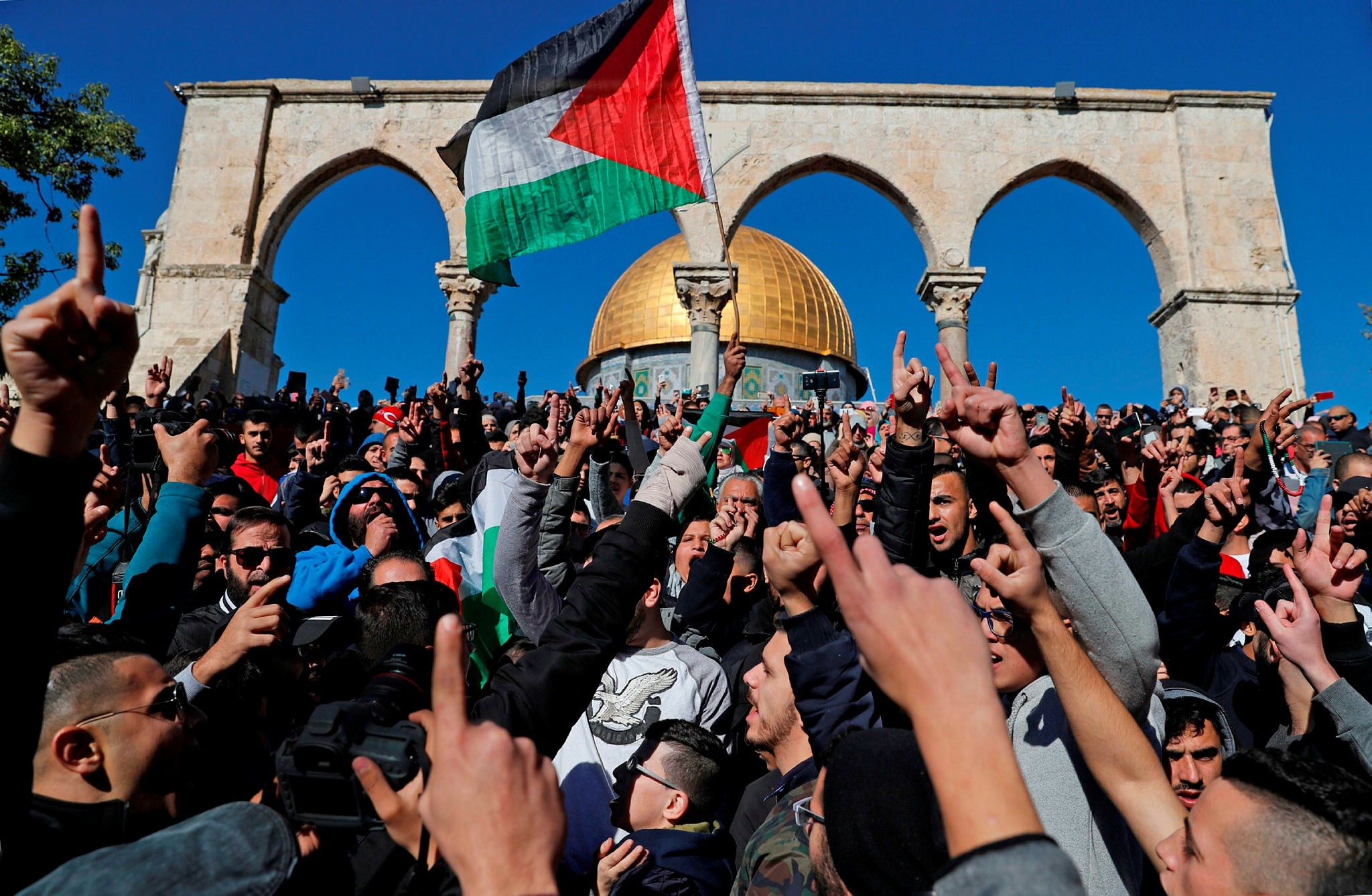 Palestinian Muslim worshippers shout slogans during Friday prayer in front of the Dome of the Rock mosque at the al-Aqsa mosque compound in the Jerusalem's Old City on December 8, 2017. (AFP Photo)
by Daily Sabah Dec 12, 2017 12:00 am