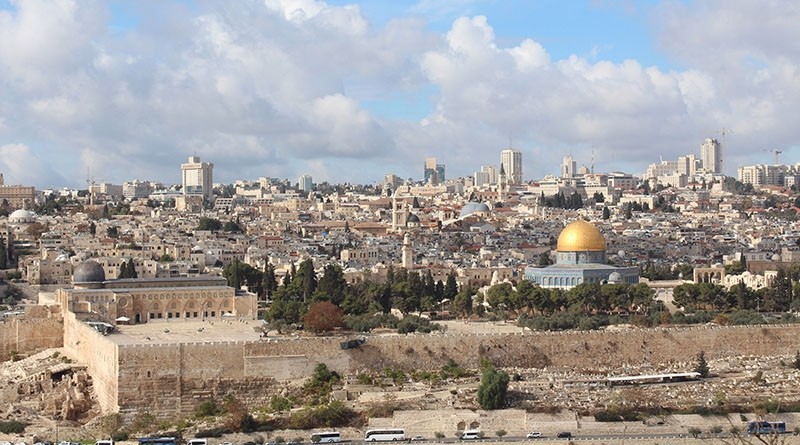 Dozens of Jewish settlers accompanied by Israeli security personnel forced their way into Jerusalem's flashpoint Al-Aqsa Mosque on Thursday, according to a Palestinian official.

"More than 200 settlers backed by Israeli police have forced their way into the Al-Aqsa compound -- via the Al-Mugharbeh Gate -- since morning," Firas al-Dibs, a spokesman for Jerusalem's Islamic Waqf Authority, said in a statement.

"Settlers inspected the compound, passing by the Al-Qibali and Dome of the Rock mosques, where they attempted to perform Talmudic rituals," he added.

"But they were prevented from doing so by the compound's Palestinian guards," al-Dibs said.

According to the spokesman, hundreds more Jewish settlers are expected to force their way into the flashpoint holy site -- sacred to both Muslims and Jews -- during the eight-day Jewish Hanukkah holiday, which began Tuesday.

No more settler incursions are expected until Thursday evening, however, since the Al-Mugharbeh Gate has been temporarily closed by the Israeli authorities.

In late 2015, repeated incursions into the Al-Aqsa Mosque compound by Jewish settlers and Israeli security personnel sparked a months-long spate of Israeli-Palestinian violence.

Referred to by some as the "Third Intifada" or "Jerusalem Uprising", this wave of unrest -- which left 160 Palestinians and 26 Israelis dead -- tapered out early last year amid a massive Israeli security crackdown.

Thousands of Palestinians have staged demonstrations across the West Bank, triggering numerous clashes with Israeli forces. At least two protesters have already been martyred while hundreds more have suffered injuries.

Jerusalem remains at the heart of the Israel-Palestine conflict, with Palestinians hoping East Jerusalem -- occupied by Israel in 1967 -- might eventually serve as the capital of a Palestinian state.