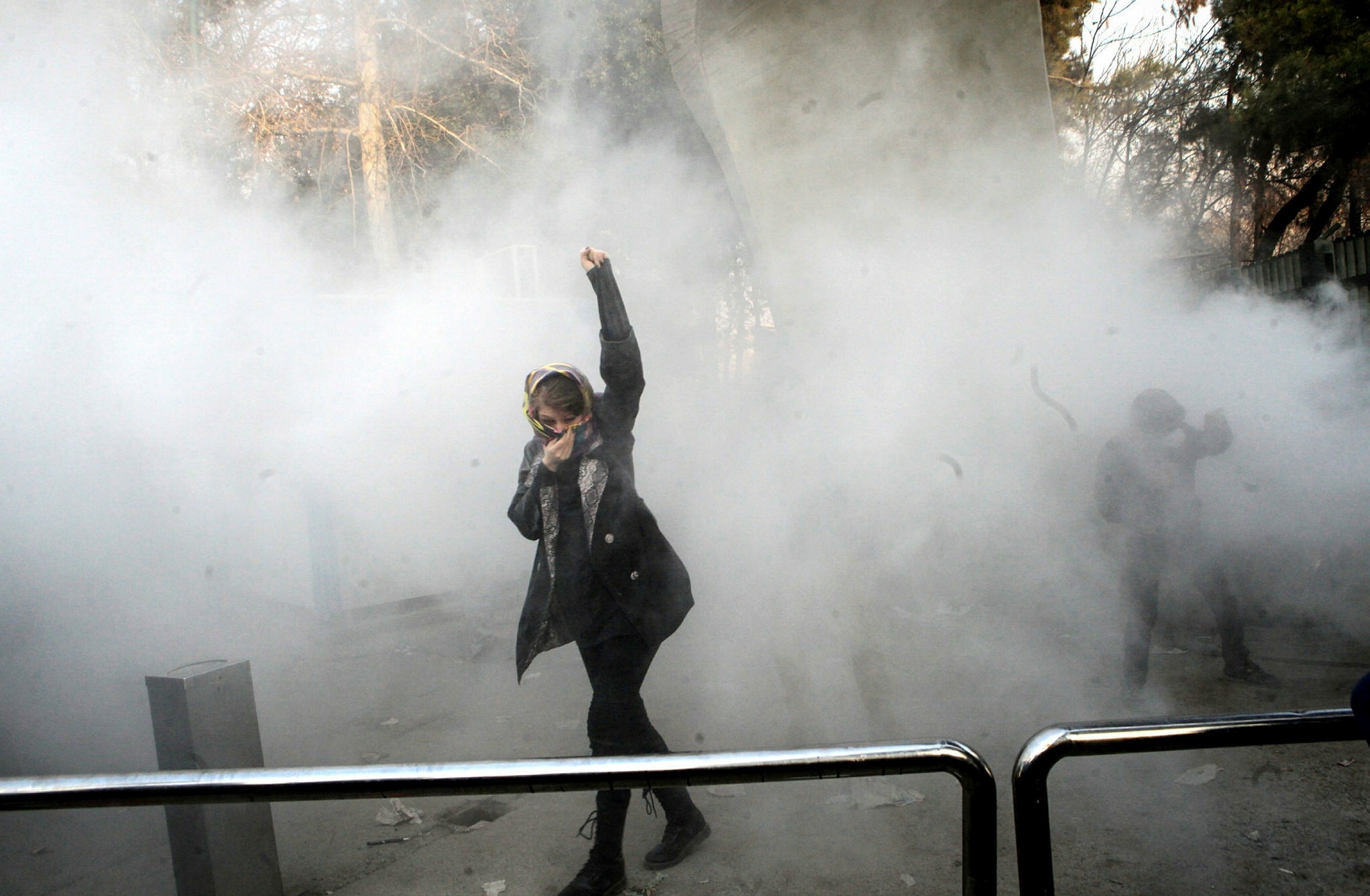 Iranian students clash with riot police during an anti-government protests around the Tehran University in Tehran, Iran, 30 December 2017. Media reported on 01 January 2018 that the anti-gov't protests in Iran are continuing. (EPA File Photo)
by Jan 01, 2018 12:00 am

One police officer has been shot dead during protests in Iran and three have been wounded, a police spokesman said on Monday, the first reported security force fatality since anti-government demonstrations began last week.

"A rioter took advantage of the situation in the city of Najaf Abad and fired shots at police forces with a hunting rifle. As a result, three were wounded, and one was martyred," Saeed Montazer al-Mahdi was quoted as saying by Iranian state television.

It did not say when the incident took place.

The protests began Thursday in Mashhad over economic issues and have since expanded to several cities. Hundreds of people have been arrested. 12 protesters have lost their lives since the protests began.

That brought to at least four the number of fatalities in the most serious unrest in the country since 2009.