Iran rejects any modification of its nuclear deal 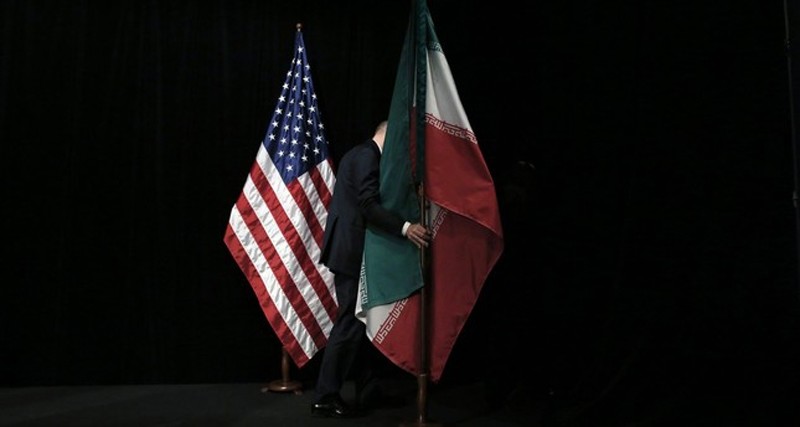 Iran "will not accept any amendments in this agreement, be it now or in the future, and it will not allow any other issues to be linked to the JCPOA", the foreign ministry said in a statement, using the 2015 deal's technical name.

It has the backing of all the partners to the agreement apart from the United States, with Russia warning Washington on Saturday that withdrawing would be "a big miscalculation".

"We are gradually coming to the conclusion that an internal decision by the US to leave the JCPOA has already been made or is close to being made," Deputy Foreign Minister Sergei Ryabkov told the Interfax news agency.

"This could be one of Washington's big foreign policy mistakes," he added.

Trump again waived nuclear-related sanctions on Friday -- as required every few months to stay in the agreement -- but demanded that European partners work with Washington to "fix the deal's disastrous flaws, or the United States will withdraw".

He said the new deal should curb Iran's missile program and include permanent restrictions on the Islamic republic's nuclear plants, removing expiration dates due to kick in after a decade.

The other parties to the agreement -- Britain, China, France, Germany, Russia and the European Union -- have all said the deal is working and that Iran is complying fully with its commitments.

Britain and Germany said Friday they had taken note of Trump's latest decision and would confer with France before responding.

'It makes no difference'

On Saturday, Prime Minister Benjamin Netanyahu of Iran's arch-foe Israel told French President Emmanuel Macron that changing the nuclear deal would increase the chances of it remaining in place.

"Trump's remarks should be taken seriously, and whoever wants to keep the nuclear deal would be wise to fix it", a statement from Netanyahu's office read after the premier spoke to Macron by telephone.

On the streets of Tehran, many people have grown cynical and exasperated by the endless pressure from the United States.

"It doesn't make any difference. We have been under U.S. sanctions for the last 40 years," said Farshad Alyan, a 26-year-old law student.

"Two years ago when the JCPOA was signed we were so hopeful. We don't have that hope anymore."

Iran argues that continued U.S. sanctions on non-nuclear areas such as human rights and missile testing have effectively barred it from gaining many of the financial benefits expected from the deal.

Foreign Minister Mohammad Javad Zarif has said Trump's aggressive stance on the deal and Iran generally have also violated the commitment to "refrain from any policy specifically intended to directly and adversely affect the normalization of trade and economic relations with Iran" in the accord.

"Trump has once again avoided the nuclear option on the nuclear deal. But the clear reluctance with which he has issued the sanctions waivers will continue to weigh on the business community," said Esfandyar Batmanghelidj, founder of the Europe-Iran Forum, a business network.

"However, if the 'adults in the room' prevailed this time and kept Trump from exiting the deal, there remains hope they will prevail in the end," he added.

Responding to Trump's speech late Friday, Zarif tweeted: "Rather than repeating tired rhetoric, US must bring itself into full compliance -- just like Iran."

In particular, placing judiciary chief Ayatollah Sadegh Larijani on the sanctions list "crossed all red lines of conduct in the international community... and the government of the United States will bear responsibility for all the consequences of this hostile move".