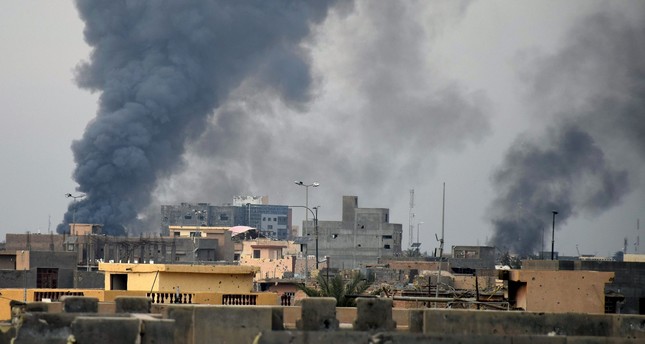 The fatalities included security personnel and civilians, the officials added.

Fifteen others including a local official were injured in the bombing in the district of al-Baghdadi in the western province of Anbar.

After detaining the "wanted terrorist," the helicopters hit a group of armed people who they believed to be militants, reported the Military Media Cell, a media center linked to the Iraqi army.

The victims were later found to be security personnel and civilians.

The Iraqi army has ordered an inquiry into the incident, which has triggered outrage in the country.

"The aggressors must be brought to account and punished immediately," said al-Sadr, who is known for his anti-US stance, according to Iraqi independent portal Alsumaria News.

Hakem al-Zamily, a senior Iraqi lawmaker, referred to the incident as a "flagrant breach" of Iraqi sovereignty.

"The government has to put an end to the presence of US troops at Iraqi airbases," al-Zamily, the head of the legislature's security committee, said in a statement.

So far, there has been no comment from the Iraqi government, or the US-led alliance operating against militants in the country.

Footage circulated online claimed to show security vehicles badly damaged as a result of the bombardment.

For more than three years, the US-led coalition has supported Iraq in a massive campaign aimed at expelling Daesh extremists from the country.

Last month, Iraqi Prime Minister Haider al-Abadi announced that Daesh had been routed in the country.

Iraqi forces have since mounted a crackdown on sleeper cells believed to be linked with Daesh.

The radical group seized large swathes of Iraqi territory in a 2014 blitz and claimed responsibility for a series of deadly attacks there.