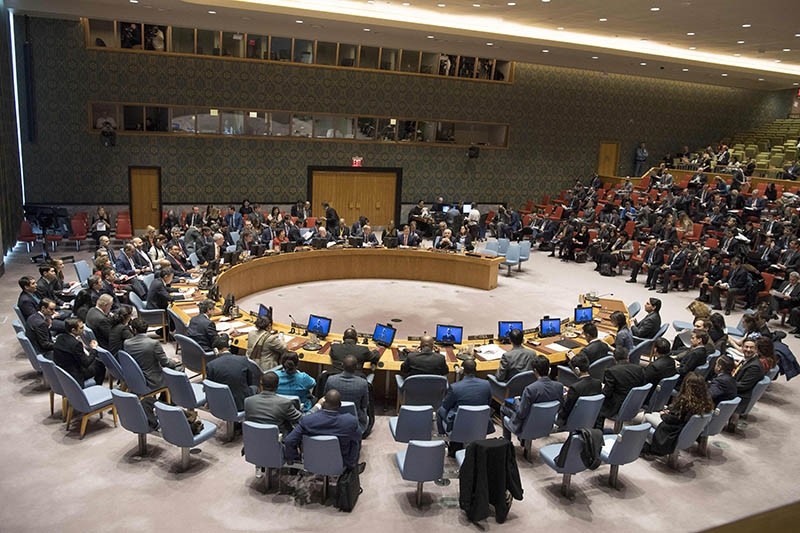 This Jan. 25, 2018 photo shows the United Nations Security Council meeting on the situation in the Middle East, including the Palestinian question at the U.N. headquarters in New York, NY, U.S. (AFP Photo)
by Associated Press Feb 02, 2018 12:00 am

Kuwait said Thursday that Palestinian President Mahmoud Abbas was coming to the U.N. Security Council later this month to respond to U.S. President Donald Trump administration's declaration of Jerusalem as the capital of Israel and Israeli expansion of settlements.

Kuwait's U.N. Ambassador Mansour Al-Otaibi, the council president for February, told a news conference that his government invited the Palestinian leader to address the council's monthly Middle East meeting on Feb. 20 and believes his presentation will be "important" and "beneficial" for members.

He said "there is an Arab movement to push forward the peace process" and "to oppose the Israeli violations, especially those pertaining to Jerusalem and the settlements."

Israel's U.N. Ambassador Danny Danon responded saying Abbas "is now seeking to put an end to any possibility of negotiations with Israel."