US to focus more on public security but will not reduce troops in Iraq: officials 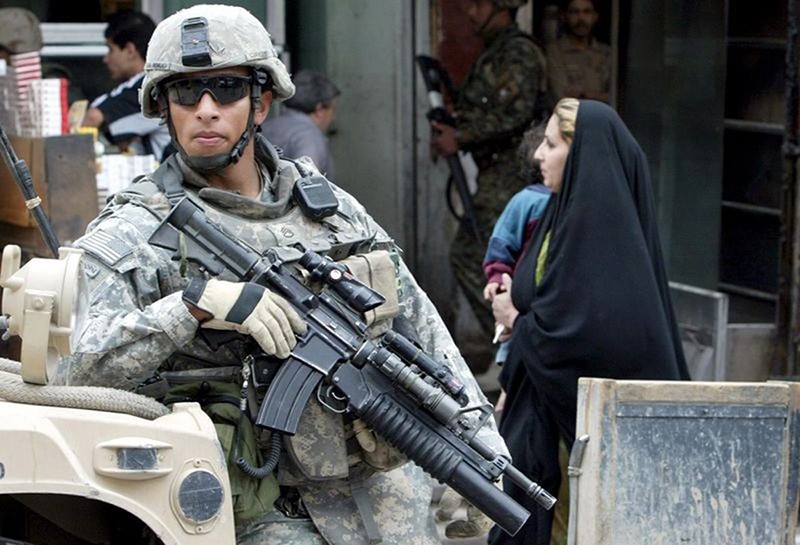 Due to accelerated successes following the liberation of Mosul from Daesh, the U.S. will shift its focus in Iraq from enabling combat operations to sustaining public security, officials said Monday.

"We will sustain the successful momentum and enhance the capacities of the Iraqi security forces in pursuing Daesh, now and in the future."

Braga's remarks came after U.S. media reports claimed that the U.S. had begun reducing the number of its troops in Iraq after Baghdad's victory over Daesh.

While noting that 98 percent of Daesh-held territory in Iraq and Syria had been recovered, the statement said the terror group still has the ability to carry out lethal attacks and poses a potent threat to civilians and the region's stability.

"We are clear the enemy is still capable of offensive action and retains the ability to plan and inspire attacks worldwide," Braga added.

"Although OIR's force composition may change over time to ensure we have the best forces on hand for the task, we will retain an appropriate amount of capabilities as well as an advisory presence to continue training, advising and equipping our partners in the continued fight against Daesh, all with the approval of the Government of Iraq."

In addition, Pentagon Spokesperson Eric Pahon told Anadolu Agency that the point of the CJTF-OIR statement is "not to focus on the numbers."

Pahon said the coalition's move is a change in the assets and focus in Iraq.

"So we are moving more from those combat operations, big heavy guns [and] killing ISIS (Daesh) to more training for sustainability, to help Iraqi security forces in the long term," he said, adding there is not going to be a significant drawdown in U.S. troop numbers as the U.S. media claims.

On Monday, U.S. media reported that U.S. and Iraqi sources had confirmed the beginning of the drawdown of U.S. troops in Iraq, with soldiers and weaponry reassigned to Afghanistan.

Iraq declared victory over Daesh in December after more than three years of grueling combat against the extremists in a war Iraqi forces fought with close U.S. support. In 2014, at the height of the Sunni militant group's power, Daesh controlled nearly a third of Iraqi territory.

A Pentagon report released in November said there were 8,892 U.S. troops in Iraq as of late September.

The U.S. first launched airstrikes against the Daesh terror group in Iraq in August 2014. At the time the military intervention was described as "limited," but as Iraq's military struggled to roll back the extremists, the U.S.-led coalition's footprint in the country steadily grew.

There were some 170,000 American troops in Iraq in 2007 at the height of the surge of U.S. forces to combat sectarian violence unleashed by the U.S.-led invasion of the country to oust dictator Saddam Hussein. U.S. troop numbers eventually wound down to 40,000 before the complete withdrawal in 2011.