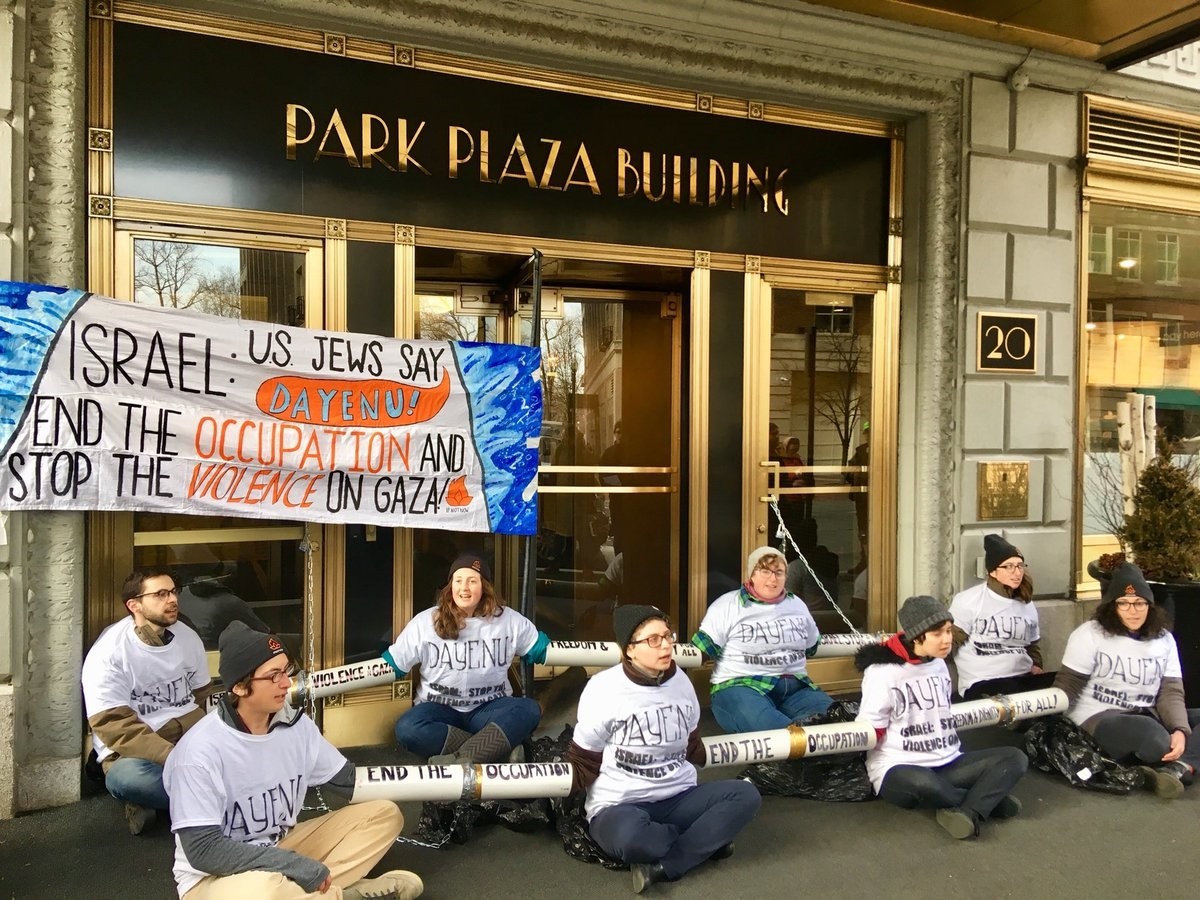 Boston police said Tuesday that eight protesters who chained themselves to the door of the Israeli consulate to protest the killing of Palestinians by Israeli gunfire in the Gaza Strip had been arrested.

Arrested on charges of causing disorder, disturbing peace and trespassing, the group of eight had sat down outside the consulate building, linking arms through pipes while chanting slogans calling for an end to violence in Gaza and the Israeli occupation.

The demonstrators were members of the IfNotNow, an NGO mainly consisting of U.S. Jews against Israel's policies in the State of Palestine.

"The Israeli turn toward violence against protesters is the inevitable result of more than 50 years of Occupation. As we mourn the lives lost, our generation insists that endless occupation and needless loss of life are not the way forward. I don't want my children growing up seeing more images of Israeli teenage soldiers shooting at Palestinian teenage protesters. Another path is possible and we must fight for it: we can build a world that promises freedom and dignity for all." said Shira Tiffany, one of the organizers of the protest, according to a statement by IfNotNow.

The protest came after 18 Palestinian protesters were killed by Israeli troops using unlawful force near the Gaza border in the worst violence since the war of 2014.

18 Palestinians were killed and at least 1,500 others were wounded during the March 30 demonstrations marking Land Day, when tens of thousands of Gazans converged on the Gaza Strip's roughly 45-kilometer-long eastern border with Israel to reaffirm their right to return to their ancestral homes in historical Palestine.

In the run-up to the protests, Israel had deployed thousands of troops along the border, threatening to use live ammunition against anyone who threatened Israel's "security infrastructure".

The demonstrators are demanding that Palestinian refugees be allowed the right of return to towns and villages which their families fled from, or were driven out of, when the state of Israel was created in 1948.

Following the killings, the U.N. Security Council on Saturday called an emergency meeting to discuss the situation in Gaza and demanded an "independent and transparent investigation" into the Israeli violence.

On Sunday, Israel's defense minister rejected international calls for an investigation into the deadly violence along the Gaza border, saying soldiers "did what had to be done."

Israeli officials also asserted that they would not cooperate with such inquiries and said "other places" would be targeted if unrest went on.