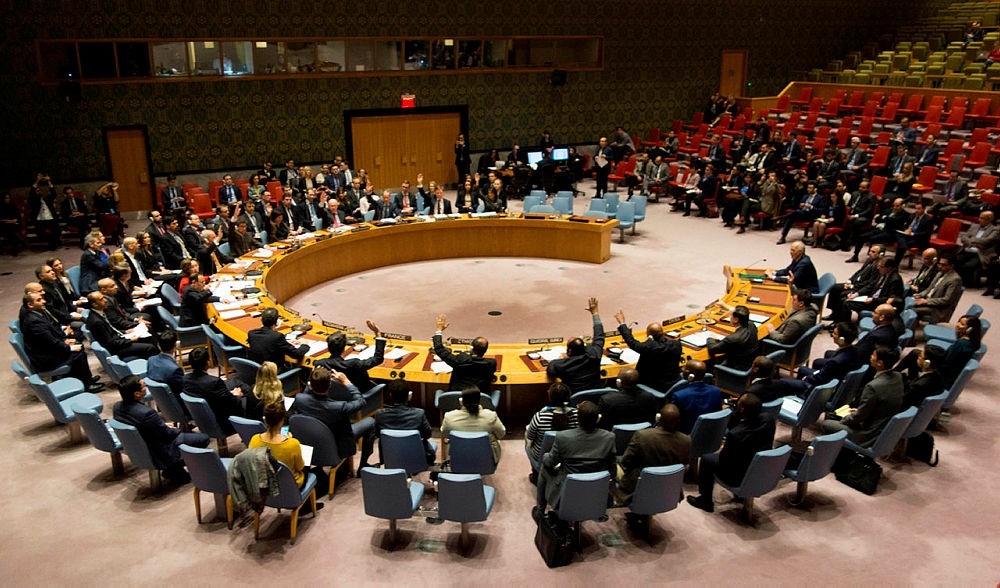 Israel on Friday withdrew from a race against Germany and Belgium for two seats on the United Nations Security Council in 2019/2020 due to its low chances of winning, a U.N. source told Reuters.

The 193-member U.N. General Assembly is due to vote next month on five new members for a two-year term starting on Jan. 1, 2019. Israel, Germany and Belgium were competing for two seats allocated to the Western European and others regional group.

Ahead of the vote, the Palestinian Authority said it believed the Arab and Muslim states would be enough to block Tel Aviv's bid with a one-third veto.

Israel has never been in a member of the Security Council.

China, France, Russia, the U.K. and the U.S. are five permanent members of the Security Council, the other ten rotate among the various regional blocs into which U.N. member states traditionally divide themselves for voting and representation purposes.

With Israel's withdrawal, Belgium, the Dominican Republic, Germany and South Africa will most likely enter the top U.N. body, while competition is left only within the Asia-Pacific Group, where Indonesia and Maldives seek to take the one place available.