Representatives from 12 out of 32 countries on Israeli list did not attend US Jerusalem embassy opening, report says 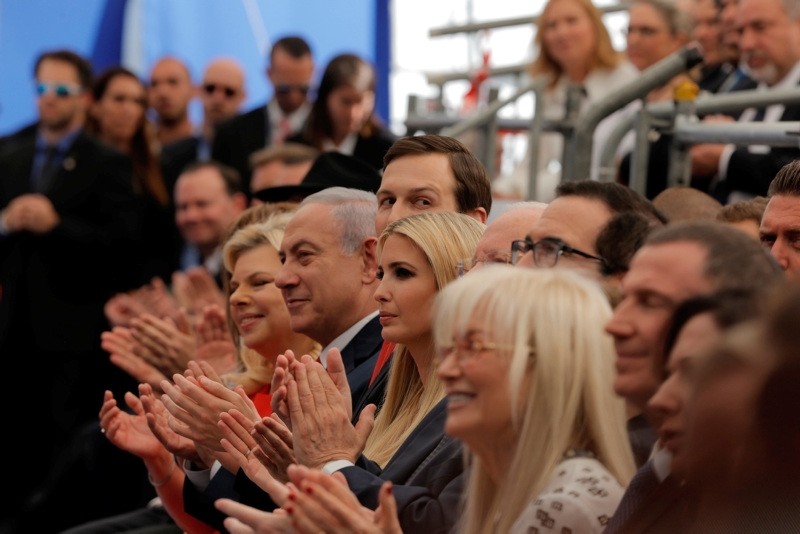 International participation at the controversial opening ceremony for the U.S. Embassy in Jerusalem was lower than the list announced by Israel's Foreign Ministry, Israeli Haaretz daily said in a report Thursday.

Albania, El Salvador, Ivory Coast, Panama, Peru, the Philippines, Serbia, South Sudan, Thailand, Ukraine and Vietnam were the countries that did not attend the ceremony although they were listed as countries that confirmed participation.

Left-wing Haaretz, known for its opposition to Israeli Prime Minister Benjamin Netanyahu, said that Serbia, Vietnam, Peru, El Salvador and the Ivory Coast denied their participation to the paper after the foreign ministry list was published.

Israeli Foreign Ministry invited 86 countries to attend the ceremony, but roughly one-fourth were present. European Union countries mainly refused to attend due to reactions against Trump's unilateral move, while Palestine recalled Wednesday its ambassadors from Austria, Czech Republic Hungary and Romania as they were present in the ceremony.

The article also pointed out that representatives of Russia, India and Japan were not present in the ceremony despite their recent moves to improve relations with Israel and high-profile meetings with Netanyahu.