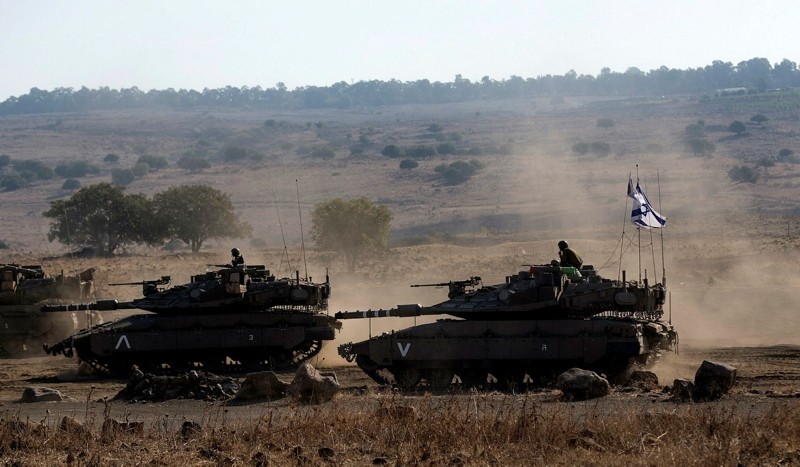 The Israeli army on Sunday launched a surprise military drill in the occupied Syrian Golan Heights.

"A short while ago, a large-scale surprise military exercise began in the Golan Heights area," the army said in a statement.

"In addition, as part of the exercise the system to call up reservists was activated."

A military spokesman said the exercise was planned in advance as part of this year's training schedule and is intended to maintain the fitness and readiness of forces.

Israel has occupied most of the Syrian Golan Heights since the 1967 Middle East War.

Sunday's drill comes amid tension along Syrian-Israeli border with Israel accusing Iran and Lebanese group Hezbollah of building up a military presence in war-torn Syria.

Iran and Hezbollah are strong allies of Syria's Bashar al-Assad regime, the forces of which have been fighting opposition groups in a deadly civil war since 2011.