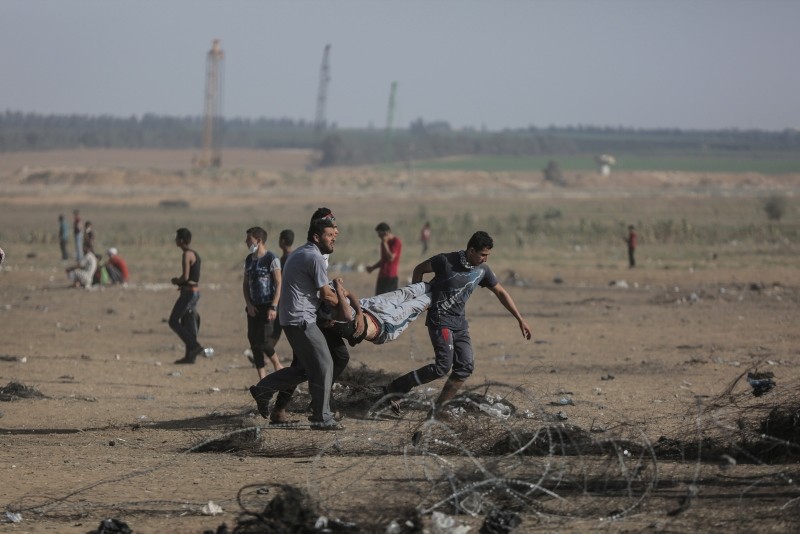 Palestinians protesters carry a wounded protester in clashes during a Friday protest near the border in the east of Khan Younis town southern Gaza Strip on, 08 June 2018. (EPA Photo)
by Compiled from Wire Services Jun 14, 2018 12:00 am

A Palestinian shot in clashes with Israeli forces on the Gaza border succumbed to his wounds Thursday, Gaza's Health Ministry said in a statement.

Ahmed al-Assi, 21, was shot east of Khan Yunis on June 8, the statement added.

It said he was wounded in the head and had been in critical condition.

Since major border protests broke out on March 30, at least 130 Palestinians have been killed by Israeli fire.

Palestinian protesters have been staging large sit-ins and demonstrations along the security fence to which Israeli troops have responded with teargas and gunfire.

Protesters demand the "right of return" to their homes and villages in historical Palestine from which they were driven in 1948 to make way for the new state of Israel.

They also demand an end of Israel's decade-long blockade of Gaza, which has gutted the coastal territory's economy and continues to deprive its two million inhabitants of many basic commodities.