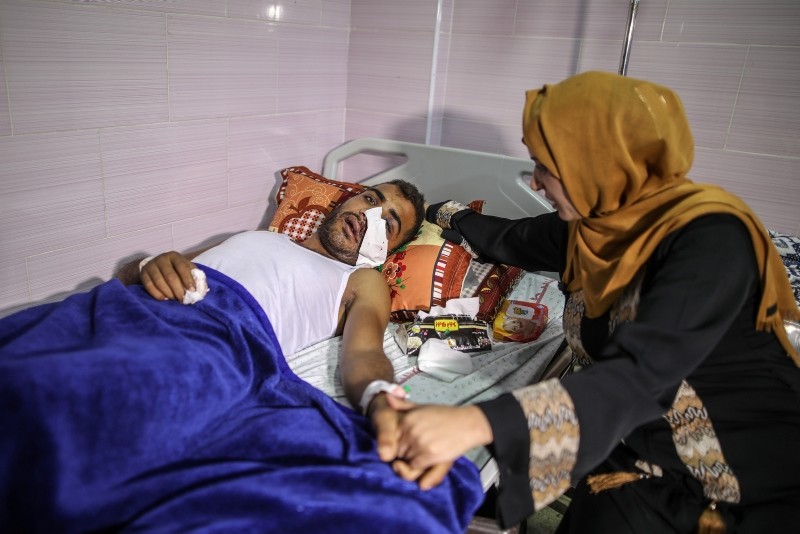 Hit in the face by an Israeli gas canister during a peaceful protest in the southern Gaza Strip last week, Heysem Ebu Seble's only hope for treatment is to get out of the besieged enclave.

Heysem suffered a fractured jaw and lost all of his teeth when the gas canister hit his face, and he continues to struggle to breathe and speak due to the irritation from the chemicals.

Still in critical condition, Heysem's aunt Teheni Ebu Seble is looking after him. Teheni said that the doctors were able to remove two pieces of shrapnel from his face but that this was the only surgery performed on him. Heysem still suffers from a fractured temple and jaw, and has trouble speaking and breathing because he lost all of his teeth.

"He needs special treatment, treatment that is not available in Gaza. Heysem needs a travel permit in order to travel to another country to get the treatment he needs," said the aunt.

According to Kudra, Israeli forces have been using three different types of gas grenades, all of which are banned internationally and have a wide range of effects including convulsions, temporary paralysis and tachycardia.