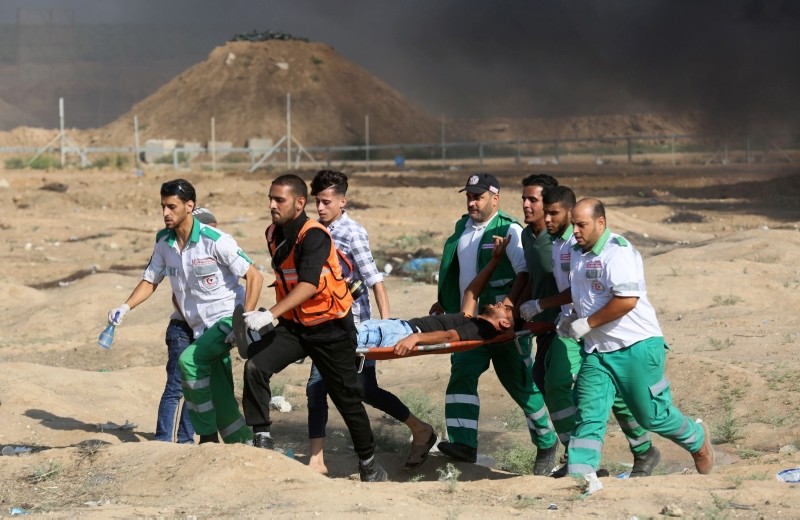 Palestinian paramedics carry a wounded protester away from the scene of clashes with Israeli forces during a weekly demonstration against the expropriation of Palestinian land by Israel, east of Gaza City on July 6, 2018. (AFP Photo)
by Compiled from Wire Services
Jul 06, 2018 12:00 am

A 22-year-old Palestinian man died after being shot in the chest by an Israeli army soldier during fresh protests along the Gaza Strip, the Gaza Health Ministry said on Friday.

In addition, 146 people were injured, the ministry said.

The Israeli army did not immediately comment on the announcement.

Since the rallies in Gaza first began more than three months ago, at least 138 Palestinian demonstrators have been killed -- and thousands more injured -- by Israeli army gunfire.