Israel increases efforts to draw Russia to its side 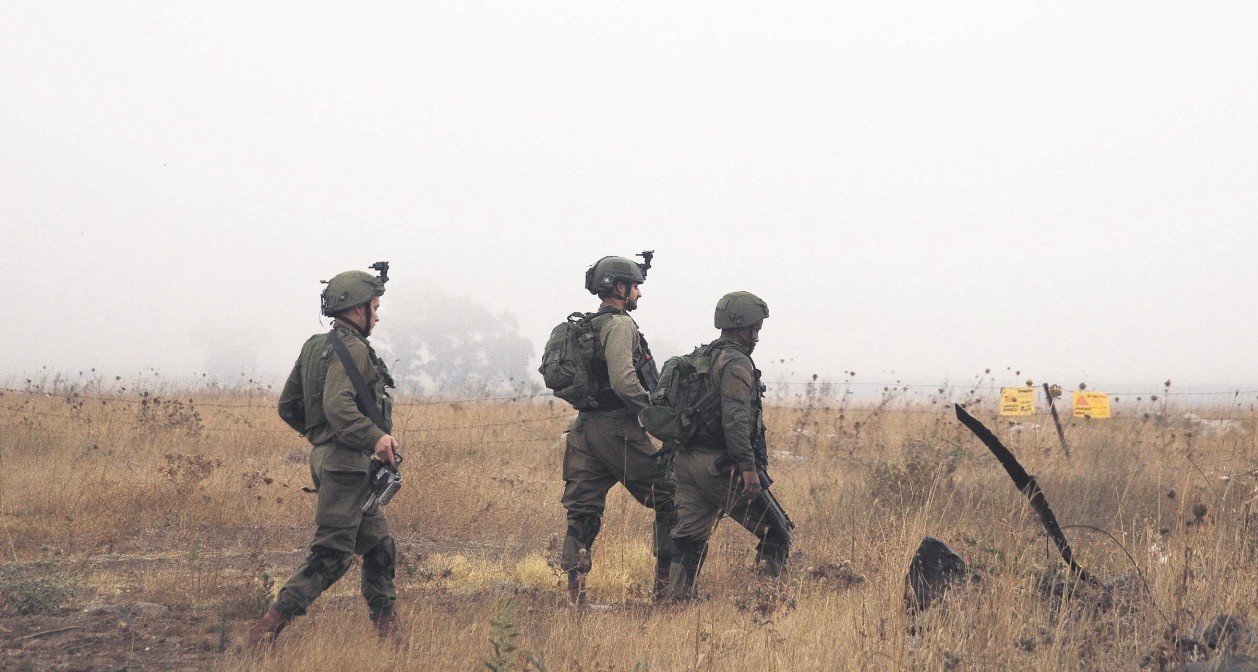 Israeli soldiers patrol the area where Syrians cross the armistice line from Syria to the Israeli-occupied Golan Heights, July 11.
by Yusuf Selman İnanç
Jul 13, 2018 12:00 am

Intent on ending the Iranian presence in Syria, Israel exerts efforts to entice Russia by implicitly offering the country legitimacy in the international arena where it is isolated by sanctions

Russian President Vladimir Putin is the leader with whom Israeli Prime Minister Benjamin Netanyahu has met with, more than any other leader, including U.S. presidents Barack Obama and Donald Trump. The two have appeared in front of the cameras in several important ceremonies including the Russian army march in May to celebrate the victory against Nazis. Israel's intention of erasing Iran from Syria is clear. It attempts to take Russia on its side through ensuring that Bashar Assad's regime is safe from Israel.Since the war broke out, Israel had been silently carrying out aerial strikes in Syria, mainly targeting the regime and Iranian bases.

This time, Israel seems very determined to erase the Iranian presence, as it openly informed the media about the aerial operations. Israeli Prime Minister Benjamin Netanyahu said Israel would attack Iran's "proxies" wherever they are in Syria. Moreover, Israeli media claims that the Israeli army has been increasing its military presence around the Golan Heights. Following the menace, Russia took a step to curb Iran's military presence near the Golan Heights, which are under Israeli occupation.

On May Russian Foreign Minister Sergei Lavrov said only Syrian troops needed to be near Israeli territories, implying that Iranian militias had to stay away.This time, the Israeli prime minister ensured Russia that its intention was not to challenge the Assad regime. "Every visit like this is an opportunity for us to act together and try and stabilize the situation in our region and increase security and increase stability," Netanyahu said. "Obviously, our focus is on Syria and Iran. Our opinion is known that Iran needs to leave Syria, that is not something new for you," he added.

Russia believes it would not be realistic to expect Iran to withdraw from Syria completely in a short time since the Tehran government has spent billions of dollars to keep the regime up. On the other hand, Russia may fear an advancement of the opposition groups in the scenario where Iran withdraws. Russia is not an eager supporter of Iran, yet has been continuing the alliance in the sake of saving the regime; Iran has become the main source of manpower in Syria.

However, Russia, as a power isolated in the region by the U.S. and the EU, considers Israeli support as important for obtaining legitimacy in the international arena. With economic sanctions and the recent aggression of the U.S. in imposing more barriers against Russia's commercial activities, Israel may just be the convincing power in the West. Considering that Putin and Trump will meet soon in Helsinki, it would be beneficial for Moscow to receive Israeli support in advance. Similarly Russia may believe that establishing close relations with Israel is important for sending a message to Iran. The positions and motivations of Russia and Iran are not the same in Syria at all. While the former uses Syria as an influence zone for gaining a place in the regional and international arena, the latter has an aim to challenge both Israel and the Gulf, particularly Saudi Arabia.