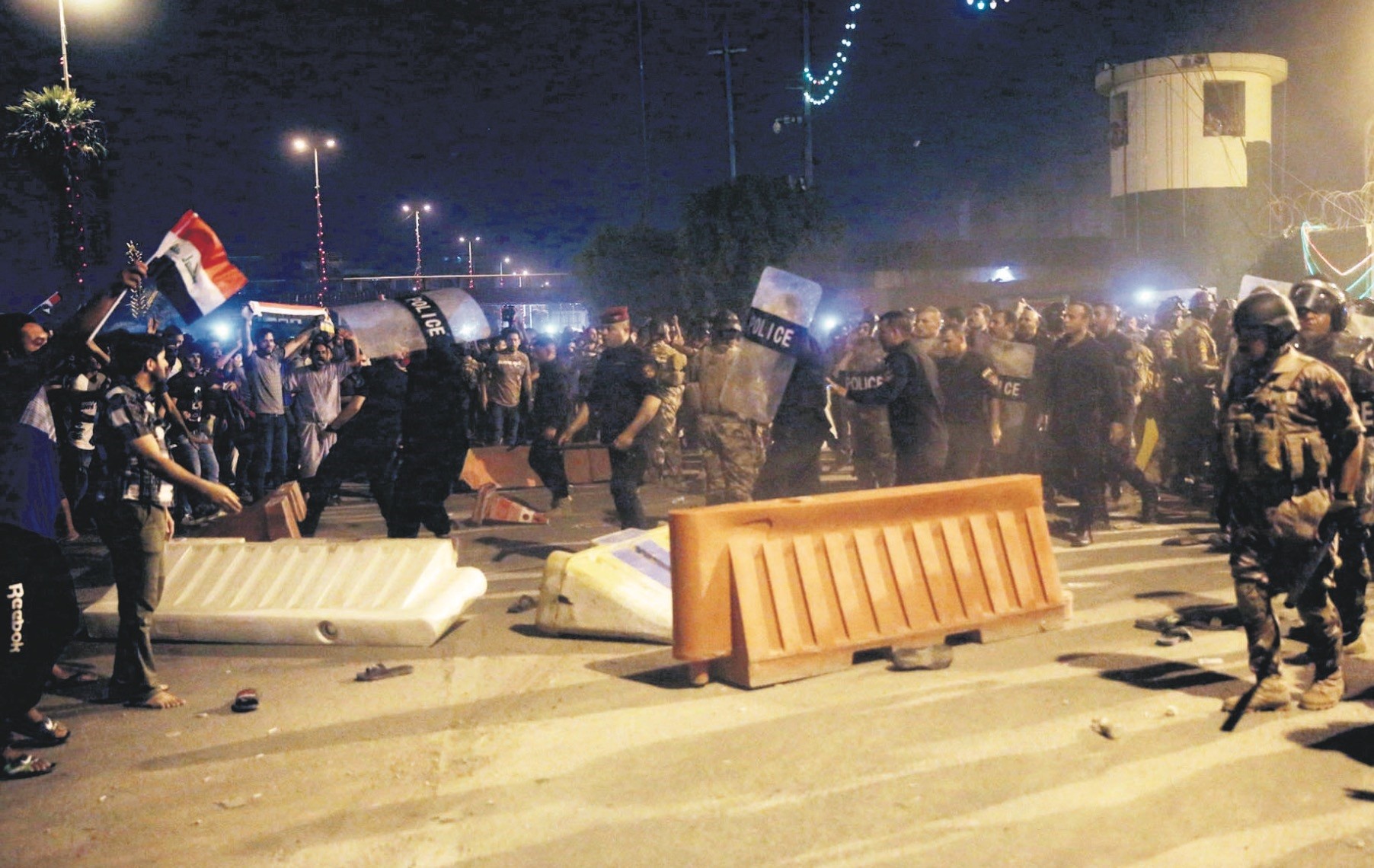 Iraqi security forces in the southern oil-rich province of Basra have started arresting protesters who took part in the week-long demonstrations there to demand more jobs and better services, activists said Monday.

Three port officials said the Umm Qasr commodities port is expected to be fully operational on Monday or Tuesday. The officials said all employees needed to return and the internet needed to be restored at the facility, which receives grain, vegetable oils, sugar and equipment for energy companies.

Iraqis demanding better public services and jobs have taken to the streets for days, prompting Iraqi authorities declared emergency rule as security forces responded to protests by imposing a curfew, while they cut the supply of electricity. The internet was blocked on the sixth day of protests in the country's Shiite heartland. Two protestors were reportedly killed during the protests. Several other protesters were injured, while ten soldiers were injured as protesters threw stones at security forces, the same sources said, who spoke on condition of anonymity.

The protests come at a delicate period as ordinary Iraqis and political parties await the final results of a recount of the ballots from May's national elections before a new government can be formed. The elections, the fourth since the U.S.-led invasion that toppled Saddam Hussein, saw the lowest turnout in 15 years and were married with allegations of fraud and irregularities.Thousands of protesters gathered outside the local government building and closed the roads leading to major oil fields north and west of the city of Basra yesterday, activist Laith Hussein told The Associated Press over the phone. Security forces guarding the local government building opened fire, causing some protesters to scatter away, he added. Elsewhere in Basra, protesters also forced authorities to close the vital Um Qasr port on the Persian Gulf, and planned to march to the border crossings with Kuwait and Iran, he said. Protests in Basra boiled over last Tuesday, when security forces opened fire, killing one person and wounding five people, and spread to other provinces within days.

In Najaf, the protesters broke into Iraq's second-busiest airport, causing damages to the passenger terminal and delaying fights. Citing security concerns, Kuwait Airways and the Royal Jordanian suspended their flights to Najaf until further notice. Flights to other Iraqi airports have not been affected, they said.

In a bid to contain the protests, Iraqi Prime Minister Haider al-Abadi dispatched a six-minister committee headed by the oil minister, Jabar Ali al-Luaibi. The committee promised jobs for those living in the areas around the oil fields and announced allocations for urgent projects, mainly for water.

On Friday, al-Abadi flew to Basra from the NATO summit in Brussels to try to diffuse the unrest. He also asked the state-run Basra Oil Company to provide more jobs to locals and announced urgent allocations. But that didn't assuage the protesters."These announcements are just anesthetization to the residents of Basra," Hussein, the activist, said. "Every year, they give the same promises, and nothing happened on the ground." The only solution is "to replace the current faces that represent the parties that failed to develop Basra by new faces from new political parties from Basra itself," he also said. Like others, Hussein demanded Baghdad give more powers to a new, local Basra government.Prominent Iraqi Shia cleric and politician Muqtada al-Sadr called for security forces not to use force against demonstrators. He also asked protesters to respect public property. Influential Najaf-based Shiite community's spiritual leader Grand Ayatollah Ali al-Sistani, meanwhile, offered his solidarity with the protesters during Friday sermon, but called for peaceful demonstrations.

Roughly 80 percent of Iraq's overall crude oil exports originate from oilfields in Basra province. For years, Basra residents have complained that foreign nationals, rather than locals, were being employed by the domestic energy sector. They also complain of frequent power outages amid summer temperatures that often reach as high as 50 degrees Celsius.