UN calls on Israel to stop targeting children in Gaza 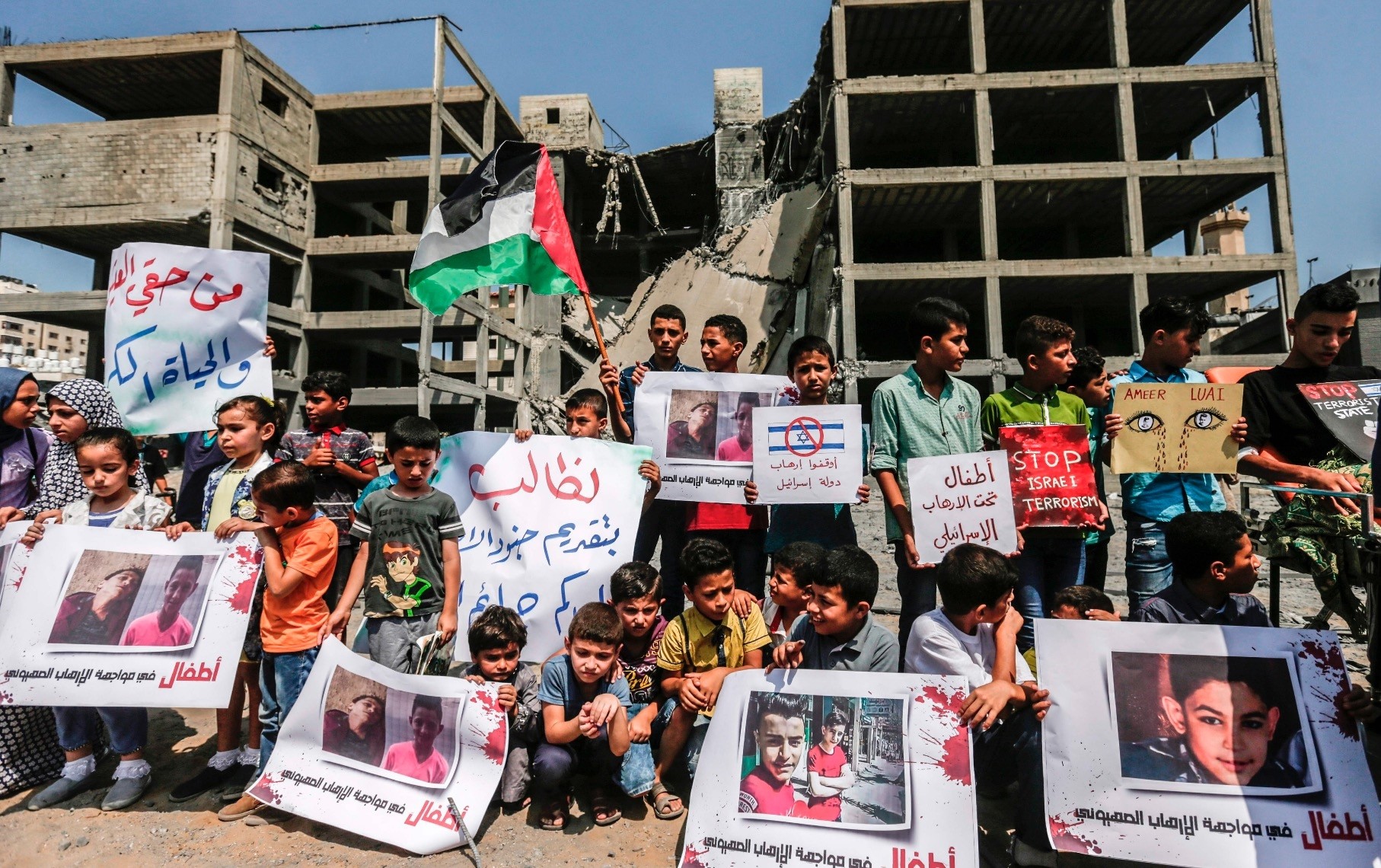 Palestinian children raise Palestinian flags in protest at a demonstration, Gaza City, July 15.
by Compiled from Wire Services
Jul 17, 2018 12:00 am

Amid increasing tensions in the Palestinian territory over the weekend, Israeli violence against children in the blockaded Gaza Strip has come to the fore once again. The United Nations envoy arrived in the Gaza Strip earlier on Sunday and stressed the urgent need to protect Palestinian children against the ongoing Israeli violence. "I call on the Israeli snipers to stop targeting children in Gaza," U.N. said peace envoy Nikolay Mladenov on Sunday, while urging the Palestinian factions in the Gaza strip and the Israeli side to retreat from "the brink of a real war" and to stop the current escalation, as reported by Anadolu Agency (AA).

Mladenov stressed that "the United Nations will not leave Gaza," and will increase its presence in order to be more effective in providing the Palestinians with aid. "Yesterday, we were on the brink of a real war and there are great efforts to get away from the specter of war because no one would want this confrontation," he said, adding that, "calm and cease-fire must be restored in Gaza." On Saturday during Israel's largest daytime airstrike campaign in Gaza since the 2014 war, two Palestinian children aged 15 and 16 were killed when Israel struck an unfinished five-story building near a Hamas security compound and a public park in Gaza City, reducing the structure to rubble.

Israeli treatment of Palestinian children has become a major area of concern for the international community. The Israeli army has killed 25 Palestinian children in the occupied West Bank and the blockaded Gaza Strip since the beginning of 2018, a human rights nongovernmental organization said earlier this month. In a press release, Defense for Children International-Palestine, which advocates for the rights of Palestinian children in the Israeli-occupied Palestinian territories, held the Israeli army responsible for the death of 25 children, 21 of those deaths in the Gaza Strip, this year alone. It went on to assert that Israeli forces had deliberately killed minors with the use of live ammunition. According to the nongovernmental organization, this death toll includes 21 children targeted directly, 11 of whom were shot in the head or neck.

Lately, Israel was criticized by a U.N. human rights body for its killing of protesters in Gaza and treatment of Palestinians, declaring it a "war crime" under the Statute of Rome. The high casualty toll triggered a diplomatic backlash against Israel and new charges of excessive use of force against unarmed protesters. According to the U.N., over the past seven weeks, over 100 Palestinian demonstrators have died at the hands of the Israeli military. Among the dead are children, journalists, medics and many young unemployed men. Approximately, 12,000 have been injured. Over 1,000 children have been injured by Israeli forces in the besieged Gaza Strip during demonstrations, according to the U.N. Children's Fund (UNICEF). The U.N. children's agency pointed out that some injuries have been severe and life altering, including amputations. Compiled from wires