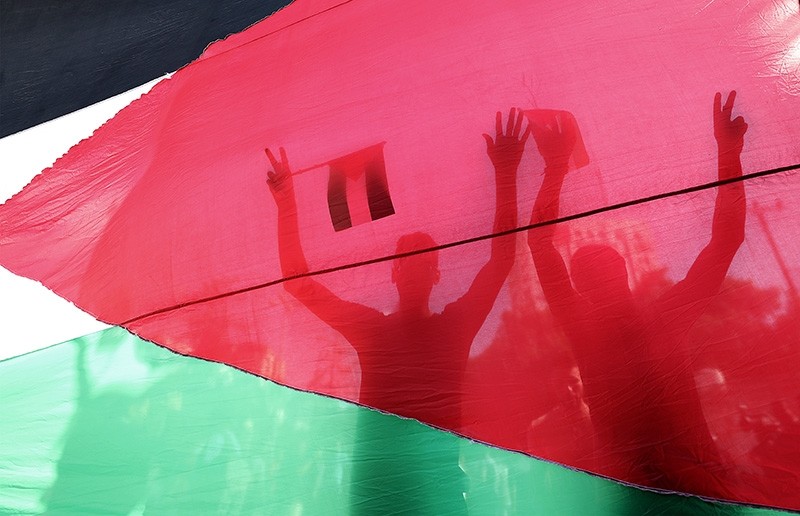 After two years of a reconciliation process between Hamas and the Palestinian Authority (PA), the Palestinian resistance group has accepted the formation of a national unity government under the supervision of Egypt, whose proposal for the process was seen for the first time Thursday by Anadolu Agency (AA).

In short, the deal involves Hamas handing over control of Gaza and accepting the establishment of a unified government led by the PA's party, Al-Fatah. In return, the PA agrees to lift restrictions to ease the conditions in densely-populated Gaza.

The proposal seen by AA includes four stages and 10 articles.

The first stage is to be implemented within a week.

The first article calls for "the immediate end of all measures taken against Gaza, including the full restoration of salaries of employees [of the Palestinian Authority in Gaza]; payment of the operational budgets of all government ministries; and the provision of fuel for [Gaza's] power plant without the imposition of taxes."

The second article calls for "government ministers to return to their posts according to the current structure without making any changes until the implementation of the administrative/legal committee's decision."

The third and final article of stage one calls for holding consultations on forming a national government within five weeks.

The second stage, which includes four articles, is to be implemented within three weeks.

The first article calls for the administrative committee to deliver the results of its work to Hamas and Fatah, and for the government to begin implementing them.

The second article calls for salary policies to be implemented for all PA employees in the West Bank and Gaza Strip.

According to the third article, Hamas must recognize "the [tax] collection of the Palestinian government, including the deduction of a part of these taxes to pay the salaries of [Hamas-appointed] security personnel who are not covered by the procedures of the administrative/legal committee until the security committee convenes and decides on their status."

The fourth article calls for the "removal of all obstacles at Gaza's border crossings with Egypt and Israel while maintaining adequate security."

The two articles of the third stage are to be implemented within a period of three weeks to one month.

The first article calls for "meetings between the relevant security committees in the West Bank and the Gaza Strip to discuss security and establish suitable mechanisms for their implementation under Egyptian supervision."

The second article calls for the judiciary and land committees to meet in order to unify their respective institutions, under the supervision of Egypt.

The fourth and final stage consists of only one article to be implemented over a three-day period.

It calls for a meeting in Cairo to discuss the development and activation of the Palestine Liberation Organization (PLO) to establish "mechanisms for implementing the 2011 agreement on the national council, elections and the legislative council, community reconciliation and public freedoms in the West Bank and Gaza Strip."

A Palestinian source told AA on Sunday that Hamas had agreed to the Egyptian proposal. On Wednesday, Fatah announced that it would "study" Egypt's recommendations.