US denies visas to Palestinians coming for UN meeting 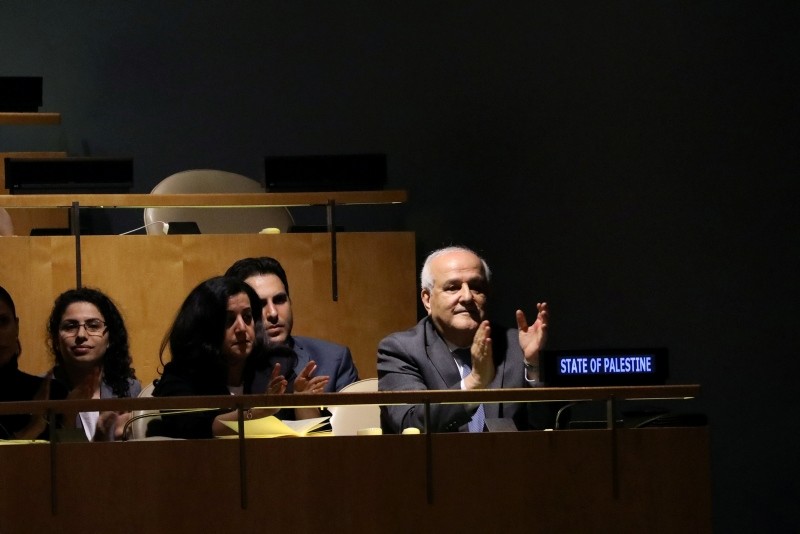 Six Palestinian officials were denied visas by the United States to attend a high-level meeting on development at the United Nations in New York this week, the Palestinian ambassador said Wednesday.

Six experts from the prime minister's office to visit the United Nations to present a report on Palestinian implementation of U.N. goals for 2030.

Palestinian U.N. Ambassador Riyad Mansour said "the Israeli occupying power complicated the matter" by refusing to allow several of the experts to go to Jerusalem to check on their visas.

In the absence of the six officials, the ambassador made the presentation on behalf of Palestine, which has non-member observer status at the United Nations.

Mansour said he told the gathering that Palestinian authorities were "trying our best" to meet the goals but that the main hurdle in the way of development was "the negative effect of occupation" by Israel.

Mansour says the action violates the U.N. agreement with the United States as host country of the world organization, which requires the U.S. to allow delegates to attend U.N. meetings.

Mansour says he plans to send a letter of protest to the General Assembly committee dealing with host country relations.

The U.S. Mission said it is looking into the complaint.

Relations between the U.S. and the Palestinian leadership have nosedived since President Donald Trump recognized Jerusalem as Israel's capital and moved the U.S. embassy there.

The Palestinians want to make East Jerusalem the capital of their future state.

The Trump administration has also cut funds to the U.N. Palestinian refugee agency, leaving UNRWA struggling to fill a major budget gap for its education and health programs.