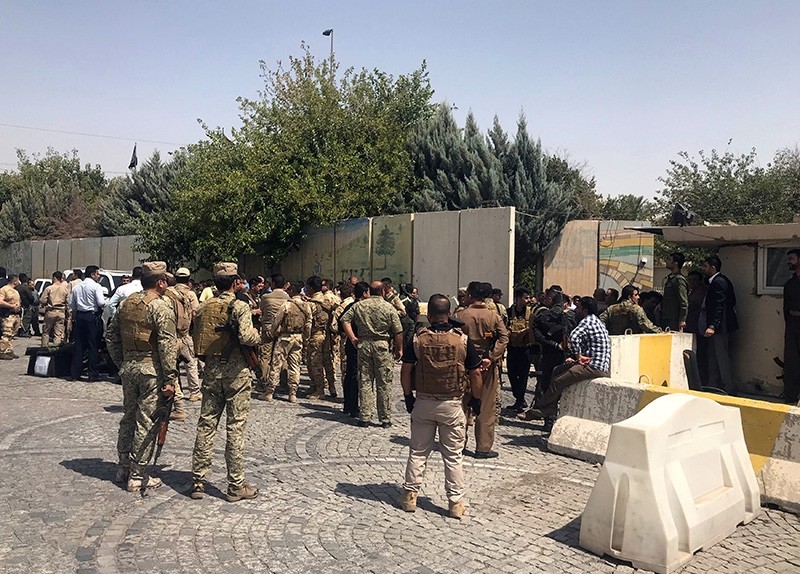 "Unfortunately one worker was killed in the operation," said Governor Nawzad Hadi.

A security source said one of the attackers reportedly carried out a suicide bombing. The assailants had been firing from windows at Kurdish security forces from inside the KRG headquarters.

"At around 7:45 a.m. two gunmen approached the entrance of the governorate and opened fire at the guards. They managed to enter and now they are on the third floor," Deputy Governor Tahir Abdullah said.

"Security forces have surrounded the building and entered the ground floor, preparing to attack the assailants."

The siege ended as security forces fired shots into the building and were eventually able to kill all of the attackers.

Kurdish security officials said the gunmen holed up in the governorate building were believed to be members of Daesh terrorist group.

Local TV channel Rudaw showed blood smears in the hallways of the building and shrapnel marks on walls. Security forces walked through the building. Media representatives were allowed to go inside.

At least two policemen were wounded in the attack and a governorate employee was taken hostage.

Security forces cleared the streets around the building, which is located in the busy city center, said the security officials.

Irbil typically enjoys good security compared to the rest of Iraq. The last major attack there took place in 2015 against the U.S. consulate.

Daesh terrorists previously claimed a deadly attack on the interior ministry in Arbil in 2015.

In 2016, the group was blamed for a suicide bombing that killed at least four people outside the Irbil Provincial Council Building.

Iraq declared victory over Daesh in December but the terrorists still hold pockets of territory and continue to carry out deadly attacks.

Kurdish peshmerga fighters took part in the battle against Daesh after it launched a 2014 offensive in Iraq, seizing nearly a third of the country.