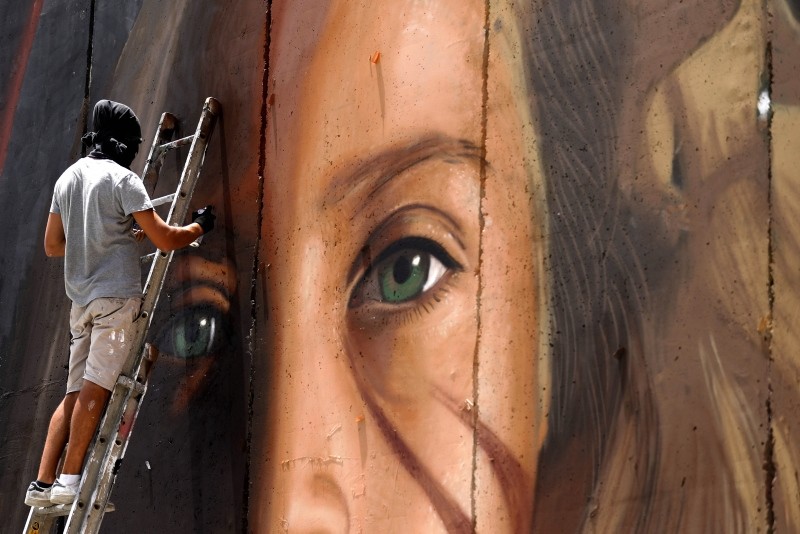 A giant mural of a teenager who Palestinians see as a symbol of resistance has been painted on the Israeli separation wall in the occupied West Bank ahead of her expected release from prison. 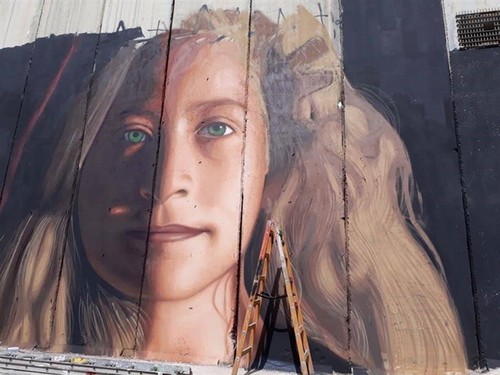 Tamimi, who is now 17, became a symbol of the Israeli-Palestinian conflict when she was filmed slapping an Israeli soldier in front her house in the West Bank in December.

The footage of the incident went viral and the Palestinian was eventually arrested and sentenced to eight months in jail by an Israeli military court.

Tamimi is expected to be released Sunday.

The separation wall cutting the West Bank off from Israel is filled with graffiti in support of the Palestinian cause.

Secretive British street artist Banksy is among those who have painted on the wall.