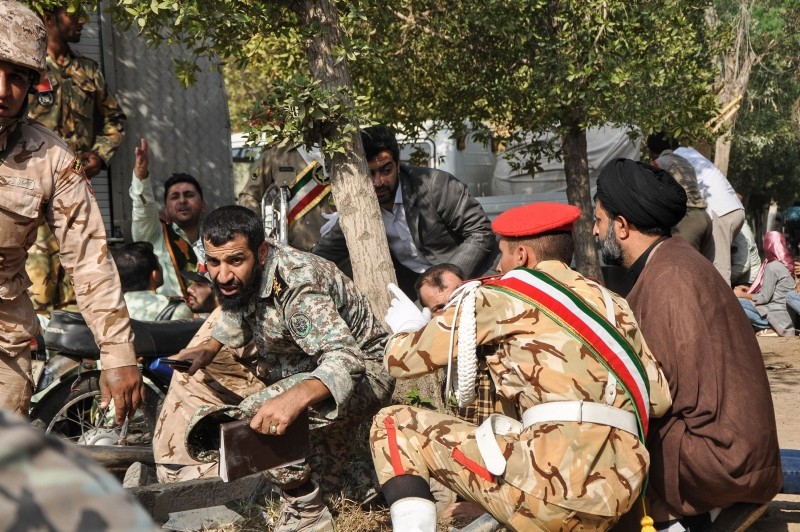 Gunmen attacked a military parade in the southwest Iranian city of Ahvaz on Saturday, killing at least 24 people and wounding 53 others, state media said.

"There are a number of non-military victims, including women and children who had come to watch the parade," the IRNA news agency quoted an unnamed official source as saying.

Gunmen opened fire on Revolutionary Guards in a park in the city of Ahvaz, according to the report.

The semi-official Fars news agency, which is close to the elite Revolutionary Guard, said two gunmen on a motorcycle wearing khaki uniforms carried out the attack.

State television showed images of the immediate aftermath. In it, paramedics could be seen helping someone in military fatigues laying on the ground. Other armed security personnel shouted at each other in front of what appeared to be a viewing stand for the parade.

The semi-official ISNA news agency published photographs of the attack's aftermath, with bloodied troops in dress uniforms helping each other walk away. A local news agency in Khuzestan province, of which Ahvaz is the capital, aired grainy mobile phone footage showing parade goers fleeing as soldiers lay flat on the ground. Gunfire rang out in the background.

Khuzestan Gov. Gholamreza Shariati told IRNA that two gunmen were killed and other two were arrested.

Iran's foreign minister blamed regional countries and their "U.S. masters" for an attack on a military parade.

Mohammad Javad Zarif on Twitter also warned that "Iran will respond swiftly and decisively in defense of Iranian lives" after the attack in Ahvaz.

Zarif said that children and journalists were casualties in the attack.

He added that the gunmen were "terrorists recruited, trained, armed & paid by a foreign regime."