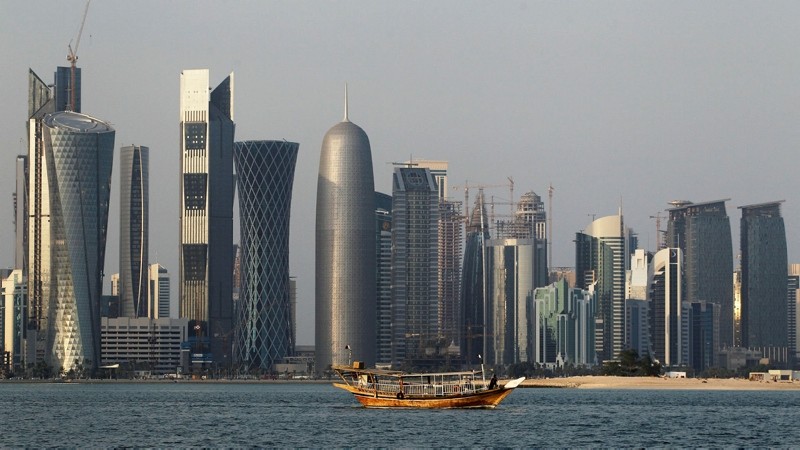 In this Thursday Jan. 6, 2011 file photo, a traditional dhow floats in the Corniche Bay of Doha, Qatar, with tall buildings of the financial district in the background. (AP Photo)
by daily sabah
Oct 16, 2018 12:00 am

The committee issued a statement Sunday, saying it held the Saudi government responsible for the disappearance of its four citizens.

"What the Saudi authorities are doing towards Qatari nationals is shameful and inhumane. It will leave a major psychological mark on future generations," NHRC chairman Ali bin Samikh al-Marri was quoted as saying by Al Jazeera.

Al-Marri also called on the United Nations' Working Group on Enforced or Involuntary Disappearances to send a team of investigators to Saudi Arabia.

In June 2017, a group of Arab nations led by Riyadh cut diplomatic and transport ties with Qatar, accusing it of backing terrorism, a charge that Doha denies.