Saudi Arabia inks $50B worth of deals at conference despite withdrawals 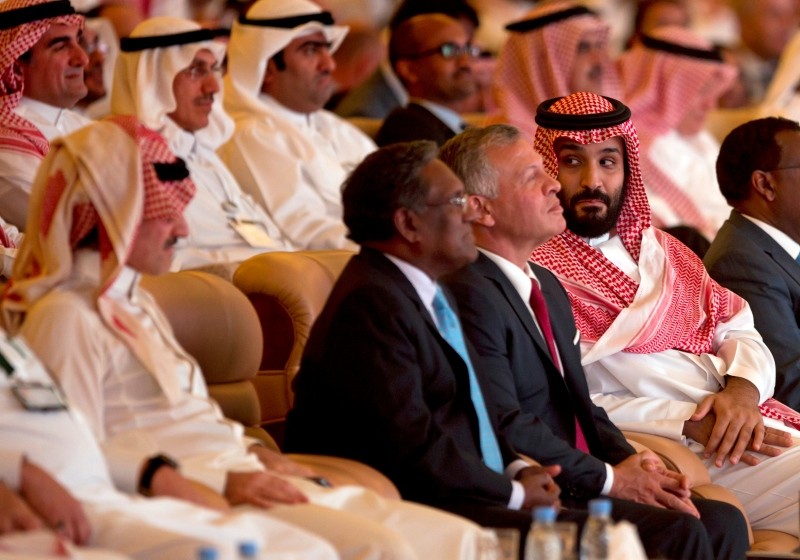 Saudi Arabia locked in $50 billion dollars' worth of deals at the Future Investment Initiative conference in Riyadh Tuesday, despite withdrawals from major business, economic and banking executives after the murder of prominent Saudi journalist Jamal Khashoggi.

The kingdom's Crown Prince Mohammed bin Salman made a late appearance at the event and was greeted by a standing ovation, with attendees apparently unperturbed by the role he is thought to have played in Khashoggi's disappearance and suspected murder.

The journalist, a Washington Post columnist and vocal critic of Mohammed, has not been seen since he entered the Saudi consulate in Istanbul on October 2. Saudi Arabia initially denied having any knowledge of what happened but later said he was killed during a brawl inside the consulate.

Saudi Transport Minister Nabeel al-Amudi also signed an agreement with a Spanish consortium for the construction of the second phase of a high-speed train between the two holy cities of Mecca and Medina, according to Al Ekhbariya.

But the event has been overshadowed by the Khashoggi case, which led top global chief executives and finance officials to cancel their attendance.

Speaking at a panel she moderated, influential Saudi entrepreneur Lubna Olayan said the slaying of Khashoggi was "alien to our culture."

She said that she was confident that the truth behind his death would emerge "with the support of the government, concerned authorities and leadership."

On Sunday, the Saudi foreign minister officially called the killing "murder." The country said 18 people have been arrested in connection with the case, and members of the crown prince's inner circle have been blamed for his death.

Addressing another panel, Saudi energy minister Khaled al-Falih said the Saudi leadership was "very upset" about Khashoggi's death and pledged "justice and retribution to those responsible."

"These are difficult days for us in the Kingdom of Saudi Arabia," he said.

Prince Mohammed, who did not speak at the conference on Tuesday, and Jordanian King Abdullah attended a session about the future of technology. The crown prince also met with Pakistani Prime Minister Imran Khan at the event.

The three-day Future Investment Initiative conference is being held at Riyadh's Ritz-Carlton hotel, where scores of princes, businessmen and officials were held in a crackdown on corruption just days after last year's event.

The Future Investment Initiative website was apparently hacked and defaced on Monday.

An image depicted the crown prince holding a sword over Khashoggi's head while a caption in English accused Riyadh of "barbaric and inhuman action, such as killing its own citizen Jamal Khashoggi and thousands of innocent people in Yemen."

The website was briefly taken down. No one has claimed responsibility.