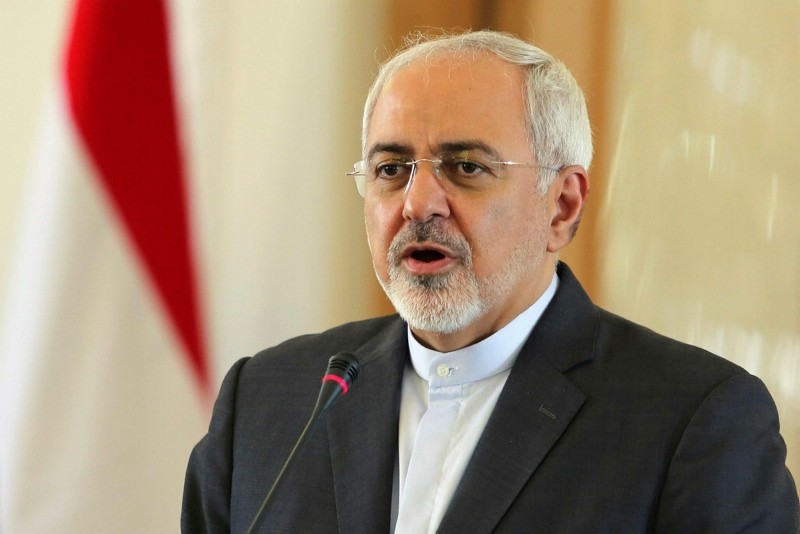 Iranian Foreign Minister Mohammad Javad Zarif on Wednesday accused the U.S. Treasury of announcing new sanctions on Iran to "deflect" attention from the killing of journalist Jamal Khashoggi at the Saudi consulate in Istanbul.

The U.S. Treasury on Tuesday targeted Afghanistan's Taliban insurgency with sanctions against eight individuals who were designated global terrorists, including two linked to Iran's Quds Force, the branch of the elite Revolutionary Guards that oversees operations outside of the Islamic Republic's borders.

"To deflect from headlines on Saudi brutality in Istanbul and across Yemen, U.S. Treasury — while in Saudi Arabia, no less —sanctions Iran for 'supporting' anti-Iran Taliban. Conveniently omitting that U.S. is negotiating with the very same Taliban now & its clients have long backed it," Zarif wrote on Twitter.

In May, U.S. President Donald Trump unilaterally withdrew Washington from a 2015 landmark nuclear deal between Iran and the P5+1 group of nations -- the five permanent U.N. Security Council members plus Germany.

The sanctions are expected to impact Iranian oil exports, which provide Tehran with the revenue needed to finance its national budget.

European Union countries along with Turkey have condemned Trump's action, vowing to find ways to bypass the re-imposed sanctions.