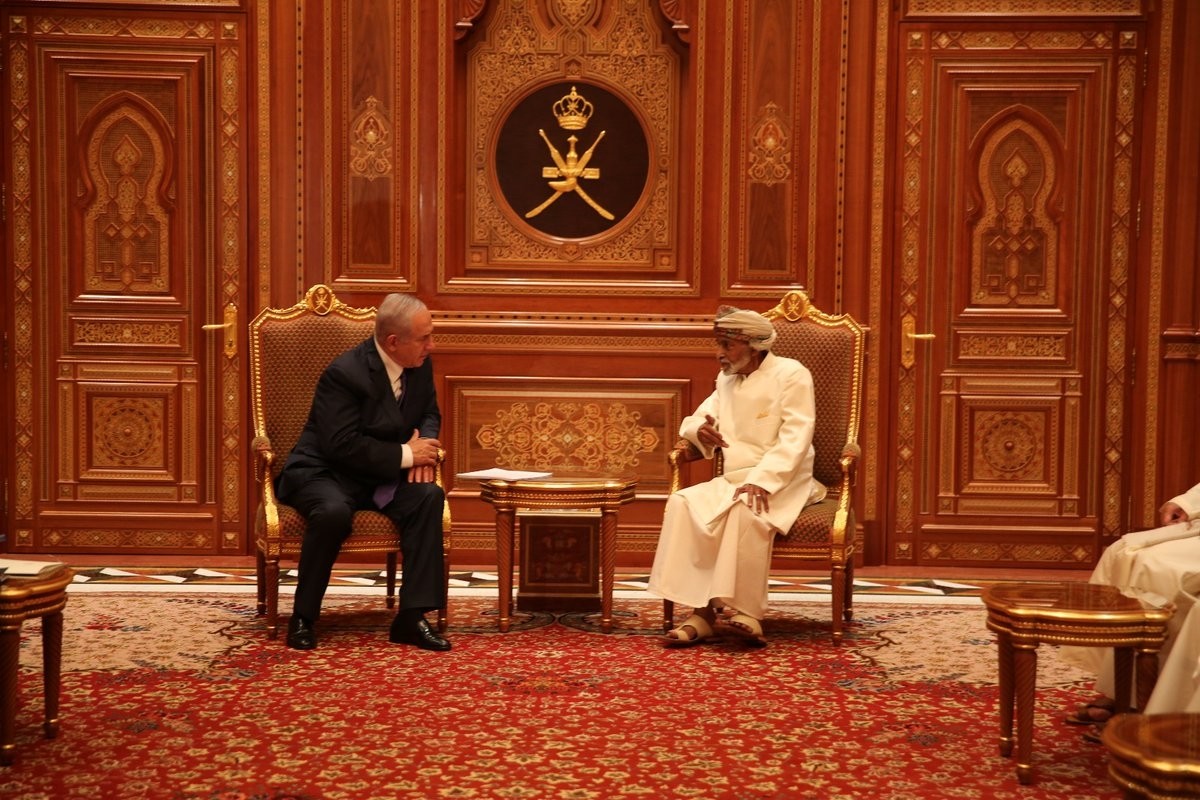 Israeli Prime Minister Benjamin Netanyahu made an unpublicized visit to the Gulf state of Oman on Friday, and discussed peace initiatives in the Middle East, his office said.

Netanyahu's office said in a statement Friday that Netanyahu had been invited by Oman's Sultan Qaboos bin Said after lengthy communications.

Israel and Oman do not have diplomatic relations. The meeting was the first of its kind between leaders of the two countries since 1996.

The two leaders issued a joint statement saying the two sides "discussed ways to advance the Middle East peace process and discussed a number of issues of mutual interest to achieve peace and stability in the Middle East."

In 1996, then-prime minister, the late Shimon Peres, visited Oman and Qatar and opened Israel Trade Representations in both Gulf states. His predecessor, the late Yitzhak Rabin, made the first such visit to Oman in 1994.