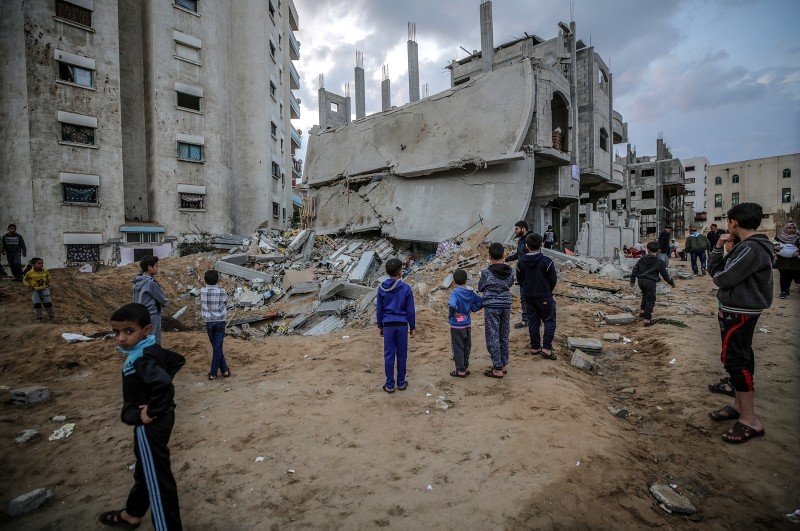 A prominent Palestinian human rights group says dozens of homes were damaged or destroyed in Israel's two-day offensive in the Gaza Strip this week.

But the Palestinian Center for Human Rights says three houses and a six-story apartment building were destroyed. Dozens of other homes near Israeli targets were damaged.

In the Rimal neighborhood of Gaza City, two bombs destroyed all 18 apartments in the Yazji building. A kindergarten in the building was severely damaged.

Children's crayon paintings were charred, and baby bottles were strewn among the debris.

"What is there in a kindergarten to be targeted," said Mariam Hamed, a parent. "No place is safe in Gaza."

The latest violence, which saw seven Gazans killed as the Israeli aerial bombardment flattened buildings and sent fireballs and plumes of smoke into the sky, was the worst between Israel and Palestinian militants since a 2014 war.

Israel said it has struck more than 100 targets it says are linked to militants in Gaza, including a strike that destroyed the TV station of the ruling Hamas group.

About 460 rockets and mortar rounds were fired from Gaza aimed at southern Israel. Hamas said it was retaliating for a botched Israeli commando raid in Gaza that killed one of its commanders and six others on Sunday. An Israeli colonel was also killed in that incident.