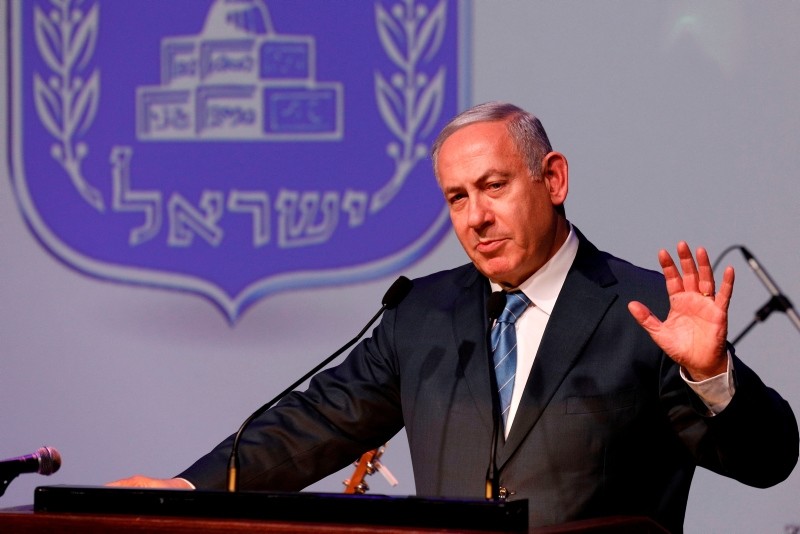 Israeli Prime Minister Benjamin Netanyahu said Wednesday that Israel would be prepared to attack inside Iran if the Jewish state's survival was at stake, and that should Saudi Arabia be destabilized, the world would suffer, adding that "Arab countries understand Israel is their indispensable partner."

"Our red line is our survival," Netanyahu said at a meeting with foreign media where he was asked what his "red line" was for attacking Iranian territory, rather than its proxies in Syria and Lebanon.

"We do what is necessary to protect the state of Israel against the Iranian regime that openly calls for the annihilation of the Jewish state."

"I'm not ruling out doing anything that we need to do to defend ourselves," added Netanyahu, who sees Iran as the most dangerous threat to Israel.

He said that Israel is the only country whose military is "directly engaging Iranian forces" with air strikes in neighboring Syria, where Iran supports the forces of Bashar Assad.

"The Arab countries understand exactly that Israel is not their enemy, but their indispensable partner" against extremists, he said, speaking of "a new relationship between Israel and the Arab world".

Israel has diplomatic relations with only two Arab countries -- Egypt and Jordan -- but has recently been pushing to broaden regional ties.

A rapprochement with Saudi Arabia in particular, a regional heavyweight and rival of Iran, would be a considerable breakthrough for Israel.

Netanyahu said that a balanced diplomatic response was needed to the murder of Saudi journalist Jamal Khashoggi in his country's consulate in Istanbul on October 2, which sparked a global outcry.

While he described the crime as "horrific, nothing short of that," he said that every country, especially those with formal relations with Saudi Arabia, must decide how to react.