Israel becomes most condemned country at UN in the past year 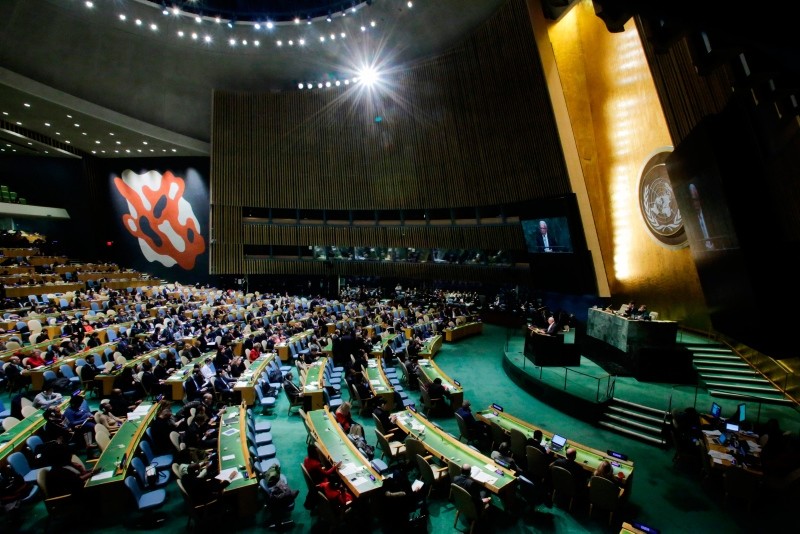 Israel was the most condemned country at the U.N. in 2018 with the General Assembly passing at least 20 resolutions against Tel Aviv for human rights abuses, illegal settlements on occupied Palestinian territory and its continued occupation of East Jerusalem.

At least six efforts passed at the end of November sought to draw attention to the Israeli-Palestinian conflict, and a separate resolution passed in December renewed condemnation of the U.S.'s unilateral recognition of Jerusalem as Israel's capital.

The resolutions passed this year further voice support for long-stalled efforts to achieve a two-state solution to end the Israeli-Palestinian conflict while separately condemning Israel's continued occupation of the Syrian Golan Heights.

A U.S.-led effort to condemn Hamas, which it described as a "terrorist organization," failed to gain sufficient traction within the General Assembly.

The resolution was spearheaded by Nikki Haley, the U.S.'s outgoing U.N. envoy. She said the U.N. has condemned Israel at least 500 times over the years.